Ready for the next step? Book a Visit Now!
Home Events Virtual Spring Mainstage: A Parting Glass with Lady Gregory

View the A Parting Glass program

The Redeemer Theatre Arts Department presents an evening of short plays and poetry by the Irish playwright Lady Augusta Gregory, a founding member of Ireland’s National Theatre. Through audio performances, visual storytelling, and music, this digital performance will bring a piece of Ireland to your hearts and homes.

Thank you for joining the Redeemer community for this celebration of Lady Gregory’s works. By supporting this project with a financial gift, you’ll help offset some of the additional costs of making and sharing theatre during the uncertainty of COVID-19. Consider making a donation here.

Having lived and studied in Dublin, my love for the Emerald Isle often makes its way into my artistic practice. When considering plays for this guest directing opportunity, I remembered a playwright I had heard murmurs of in my Irish theatre experiences. When I researched more about playwright and folklorist Lady Augusta Gregory, I serendipitously stumbled across a book of hers and W.B. Yeats’ Irish folklore that had been sitting on my shelf since I was young. It’s as if she had been waiting for this moment along with me.

Lady Gregory was one of the founding members of Ireland’s National Theatre, The Abbey Theatre. Writing from the 19th century into the 20th century, her works were produced during a significant time in Ireland’s history, a time when the 1916 Easter Rising was near at hand, an event that led to the eventual Republic of Ireland, separate from British rule. Lady Gregory’s writing reflects a great love for people, in all their complexities, and for Ireland. It was important to me to highlight the work of this remarkable female playwright and amplify women’s voices in contemporary theatre practice. Her works are rarely performed in North America, which makes this event particularly special.

The title for this show was inspired by the traditional Irish/Scottish folk song The Parting Glass, a song often associated with Ireland and one which is also known to be sung at wakes; mourning, and celebrating a life that is passing from this world. Through the use of this song, I imagine our show bringing to life the characters of Lady Gregory’s works where they share a parting glass with you in your home.

Since this show began its audition process in the fall of 2020, it has been constantly transforming and taking new shape in light of public health guidelines and the unpredictable realities of our world today. What has remained the same is the powerful and resilient Irish spirit that exists in Lady Gregory’s works and in the hearts of our incredible cast and creative team. I am deeply proud of the work of our Redeemer Theatre Arts students who showed up to virtual rehearsals with energy, creativity, and commitment to this project.

We hope that you enjoy this original arrangement of radio plays, poems, and music. It is my hope that we can bring Ireland to your homes and hearts. Enjoy the show and goodnight and joy be with you all.

He Cries Out Against Love
Poem Translated by Lady Augusta Gregory

The Rising of the Moon
Play by Lady Augusta Gregory

A Parting Glass with Lady Gregory consists of poems, three one-act radio plays, and music. The first play, “Cathleen Ni Houlihan,” co-written with playwright W.B. Yeats, highlights Ireland’s long struggle for independence. Set during the 1798 Irish Rebellion, Michael, a young Irishman, is preparing for his wedding with the support of his excited family. When an old woman comes wandering into their home, her songs and call to action captivate Michael. Will he leave his fiance and family to follow this woman’s cause? And could this old woman be more than what she seems? The second play, “The Travelling Man”, focuses on a child and his mother who long ago met “The King of the World”. But in the midst of preparing for and awaiting his return, will she recognize him if he does come to her doorstep? In the final play “The Rising of the Moon” Irish police officers, serving under English rule, are on the lookout for an escaped Irish prisoner. But if these men meet, will they find they have more in common than not? Our show also includes selected poems translated by Lady Gregory from their original Irish Gaelic language. 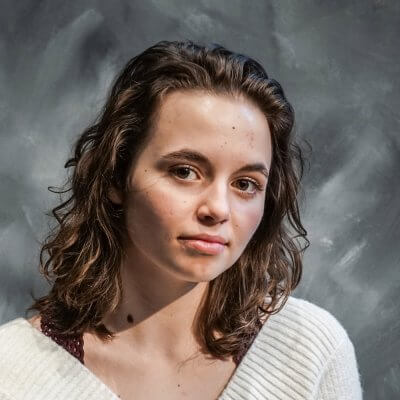 Abigail Bergel (Singer, A Parting Glass; Poet, Raftery’s Praise of Mary Hynes; Michael, Cathleen Ni Houlihan; A Mother, The Travelling Man; Ensemble) is in her first year at Redeemer University, pursuing majors in English Literature and Theatre Arts – Performance. She is from New Hamburg, ON, and this is her second role at Redeemer, after performing as Corrie in Stranger in the Land in the fall. Previous performances include Amy March in Little Women for Dragonfly Productions, Waterloo, as well as roles in Oliver! The Musical, Mary Poppins, and The Hunchback of Notre Dame with The Community Players of New Hamburg. She hopes to work as an actor, director and literary critic in the future. 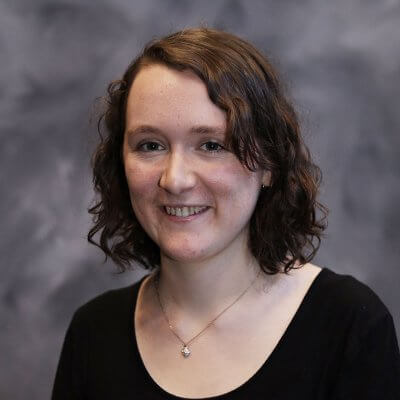 Rowena Hobbs (Singer, A Parting Glass; Bridget, Cathleen Ni Houlihan; A Child, The Travelling Man; Sergeant, The Rising of the Moon; Ensemble) is in her second year at Redeemer pursuing a double major in Theatre Arts and Music. From Welland, Ontario, she participated in various local dramas, mainly through Jubal Cottage School, including the role of Paulina in A Winter’s Tale. Rowena was involved in Redeemer’s cancelled production of Henry V in the winter of 2020, and is very glad to be back “on stage” in this new format. Rowena looks forward to many more amazing experiences at Redeemer and beyond, on stage or behind the scenes wherever God leads. 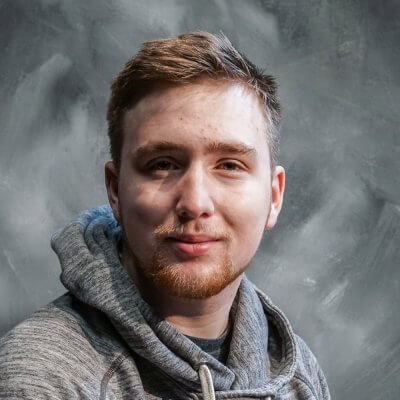 Aidan Plato (Patrick, Cathleen Ni Houlihan; Singer, The Rising of the Moon Song; Ensemble) is a third-year Theatre Arts major and English Writing Minor from Fort Erie, Ontario. He previously appeared in Redeemer’s productions of The Drowsy Chaperone, Seeds and Stranger in the Land. He hopes to become an English and Theatre teacher. 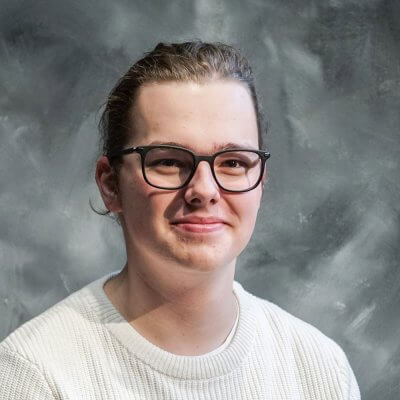 Seth Schouten (Peter, Cathleen Ni Houlihan; A Travelling Man, The Travelling Man; Ensemble) is a second-year student majoring in Media and Culture with a minor in Theatre Arts from Burnaby, British Columbia. He previously performed in Redeemer’s Stranger in the Land as well in productions of Les Miserables, The Little Mermaid, and Joseph and the Amazing Technicolour Dreamcoat. Seth is excited to return home for the summer to spend time with his friends and family and looks forward to working with Redeemer’s theatre department again in the future. 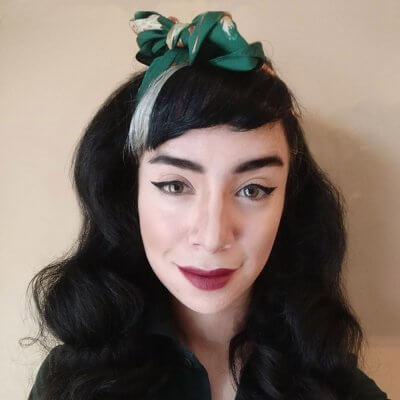 Severine Salvador (Old Woman/Cathleen, Cathleen Ni Houlihan; A Ragged Man/Jimmy Walsh, The Rising of the Moon; Ensemble) is a first-year Education student from Hamilton, ON. This is her second performance at Redeemer, after last fall’s Stranger in the Land. Passionate about the arts and having already completed a degree in Music, and a degree in Theatre and Film from McMaster, she has acted and played music for a number of community productions including Silent Treatment, Who Let the Dogs Out?, Lion in the Streets, and Sweeney Todd. She hopes to continue to find meaningful acting work, much like this production. 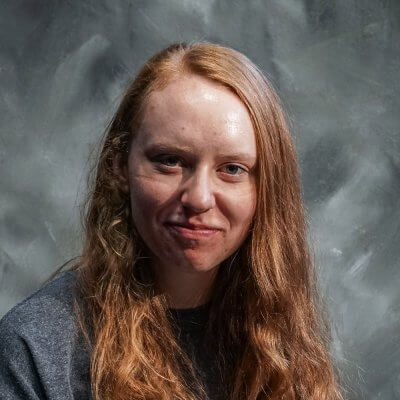 Kimberly Lobbezoo (Delia, Cathleen Ni Houlihan; Poet, A Poem Written in Time of Trouble…; Policeman B, The Rising of the Moon; Ensemble) is a third-year Honours Urban and Intercultural Ministry major and Theatre Arts: Performance minor who grew up in Cambodia. She appeared last fall in Stranger in the Land at Redeemer. Her previous acting experience includes Oliver Twist and The Lion, the Witch and the Wardrobe. In the future, she hopes to go into Intercultural Ministry, using theatre as a tool to share the gospel.

Rory Murphy (Poet, He Cries Out Against Love; Policeman X, The Rising of the Moon; Ensemble) is a first-year English Literature major and Theatre Arts: Performance minor from Caledon, ON. This is his second time acting in a play at Redeemer, after appearing in Stranger in the Land in the fall. He previously acted in The Pirates of Penzance and hopes to become an English teacher in the future. 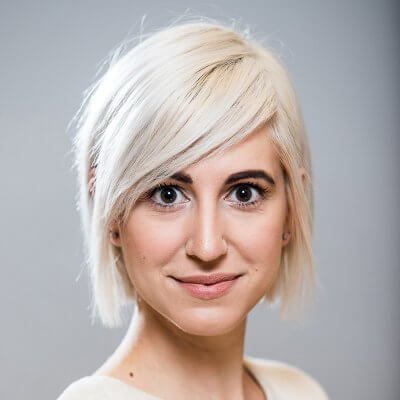 Rebekka M. Gondosch (Director) is a theatre artist and arts educator based in Hamilton, Ontario. She is a graduate of Trinity College Dublin’s M.Phil. in Theatre and Performance program, has a B.A. in Dramatic Arts and English Language and Literature from Brock University, and a B.Ed. from Redeemer University. She performs in both theatre and film in Hamilton and Toronto. She is a member of the Hamilton theatre company Light Echo Theatre and the Toronto theatre company Passing Through Theatre as well and writes for the Hamilton arts blog Beyond James. Working with Redeemer’s incredible Theatre Arts students has been an absolute joy. She dedicates this show to her Trinity family: J, M, G, and D. 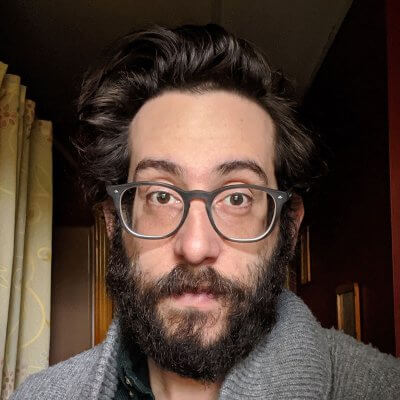 Jesse Horvath (Sound Designer/Production Editor) is a multi-disciplinary artist who has been living and working in Hamilton for the past nine years. When he is not acting or developing works for the stage, he is an arts educator for Centre 3 here in Hamilton, teaching soft skills to those with barriers to employment. Notable recent performance credits include Twelfth Night (Tottering Biped Theatre), and Here Lies Henry (Squirrel Suit Productions & Don’t Look Down Theatre co.). He has recently done sound design for Through the Pages (Passing Through Theatre) at Hamilton’s Frost Bites Festival. 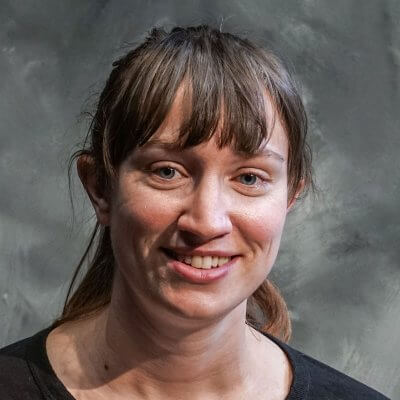 Sierra Spence (Stage Manager) graduated from Redeemer in 2013 with a double major in Theatre Arts and Psychology. She is from Brantford Ontario, just down the road. Sierra last appeared on stage in 2013 in Redeemer’s production of South Pacific. Since graduating, she has been working for Relay Coffee Roasters, owned by Redeemer Alumni, while also assisting with production work for the Theatre Arts Department.

About the Theatre Arts Department

The Redeemer University Theatre Arts Department is unique in the landscape of theatre education in the country. Our small but effective program is nestled into the broad liberal arts setting of this institution, which means that our students develop big picture thinking alongside their artistic visioning and work. We craft theatre for in- class projects, as well as for two mainstage plays for the public every year.

Ours is the only program like it east of Edmonton. It trains artists for working lives in the city and the country, in schools, communities and theatres. Our graduates have earned praise in the artistic and educational community. We are innovators, and we are people of faith.

For more information about studying Theatre Arts at Redeemer go to redeemer.ca

Tickets are now available to the public! Purchase

Clear your schedule and join us for Redeemer's 40t

T-shirts are going fast! Whether it be camping tog

September is coming quickly and so is Redeemer's 4