This past term, I had the opportunity to take part in a study abroad program in Mukono, Uganda. During my four months in Uganda, I studied at the Uganda Christian University through the Uganda Studies Program (USP) and completed my junior social work placement.

My fellow USP students and I were required to take a course called Faith and Action. Faith and Action was a class that combined traditional classroom components with various opportunities for experiential learning. We each roomed with a Ugandan host family, travelled to various regions of Uganda and Rwanda and we were introduced to missionaries and Ugandans involved in service work. This course was not limited to its two-hour time slots throughout the week; rather, this course began the moment I set foot in Uganda, and continued to when I sat on the airplane going back home. 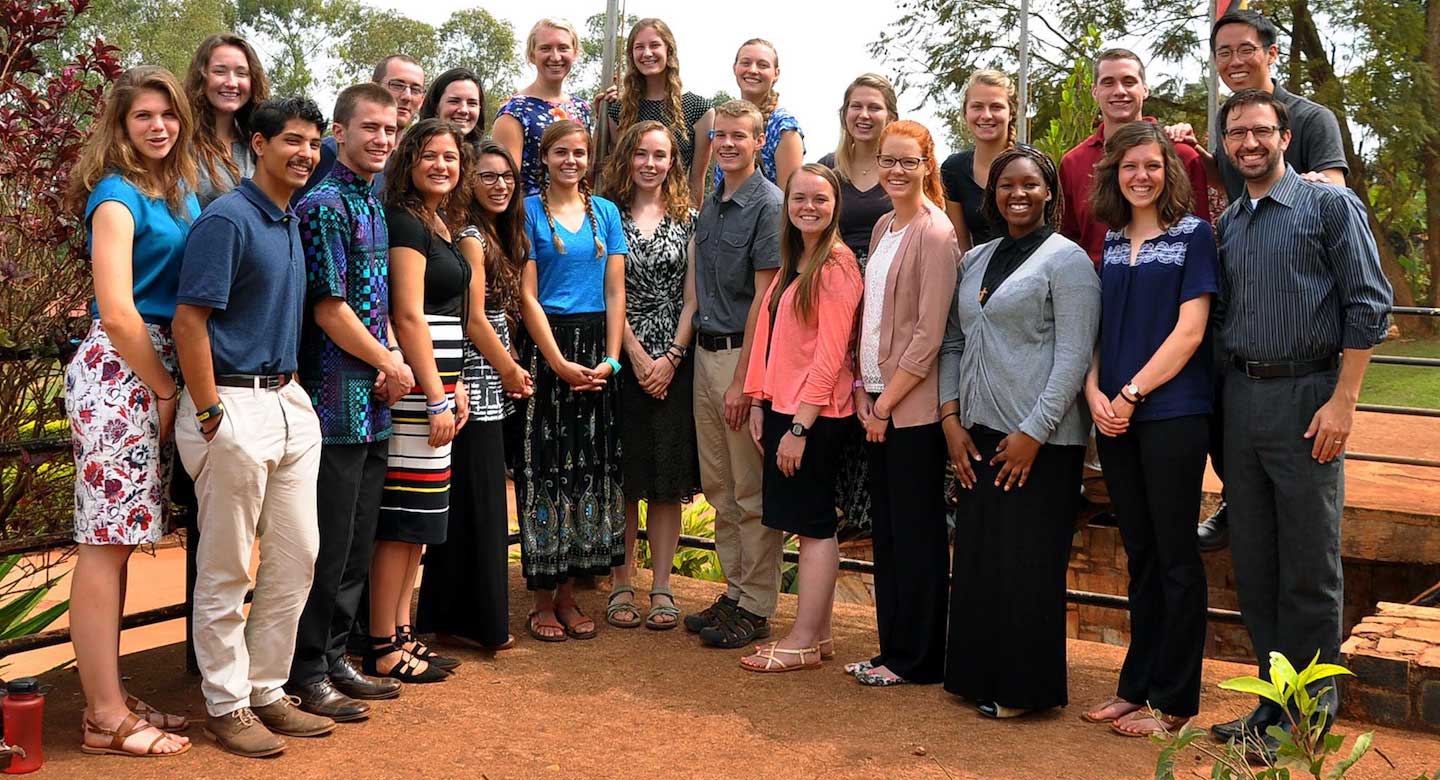 Faith and Action highlighted our experiences in Uganda and required us to ask deep questions. We began to first understand and learn from cross-cultural experiences through exploring how exposure to traditional African beliefs challenges our own Christian faith, with emphasis on how the “Westernized” gospel impacted the view and level of acceptance of Christianity in Africa. We then considered how Christians could respond to poverty and suffering in a way that would not hinder the growth and sustainability of a country. Throughout the semester, we were encouraged to integrate the course material into our experiences of life in Uganda. While doing so, I was able to examine my own Canadian Christianity, face my convictions and learn how to respond.

I believe my time spent interning at the Child Survival Program (CSP) in Lugazi was when I experienced the most growth in relation to what I had been learning in class. At my internship, I had the opportunity to work with mothers and their children (up to the age of three years) in order to ensure the growth and development of their child. Through this, CSP is able to empower women to take ownership of their family’s lives and prove that they can contribute to society. When you empower a woman, you empower her family, her community and her country. Mothers were taught important lessons about breast-feeding, malaria prevention, child protection, economic skills, Bible teachings and much more.

I had the incredible opportunity to work under Ugandan supervisors and alongside Ugandan coworkers. I learned a great deal about cultural humility during my time at the CSP, especially as I witnessed cases of infant malnutrition and neglect.

I was humbled by a particular case we were working with. One of our CSP babies had been neglected and was severely malnourished. He was emitted to the main hospital in Uganda for care. His life was hanging by a thread. His skin had turned yellow as he bloated. The palms of his hands looks like rubbery tennis balls. He could hardly open his eyes. The baby started making progress after receiving care for two months in the hospital. 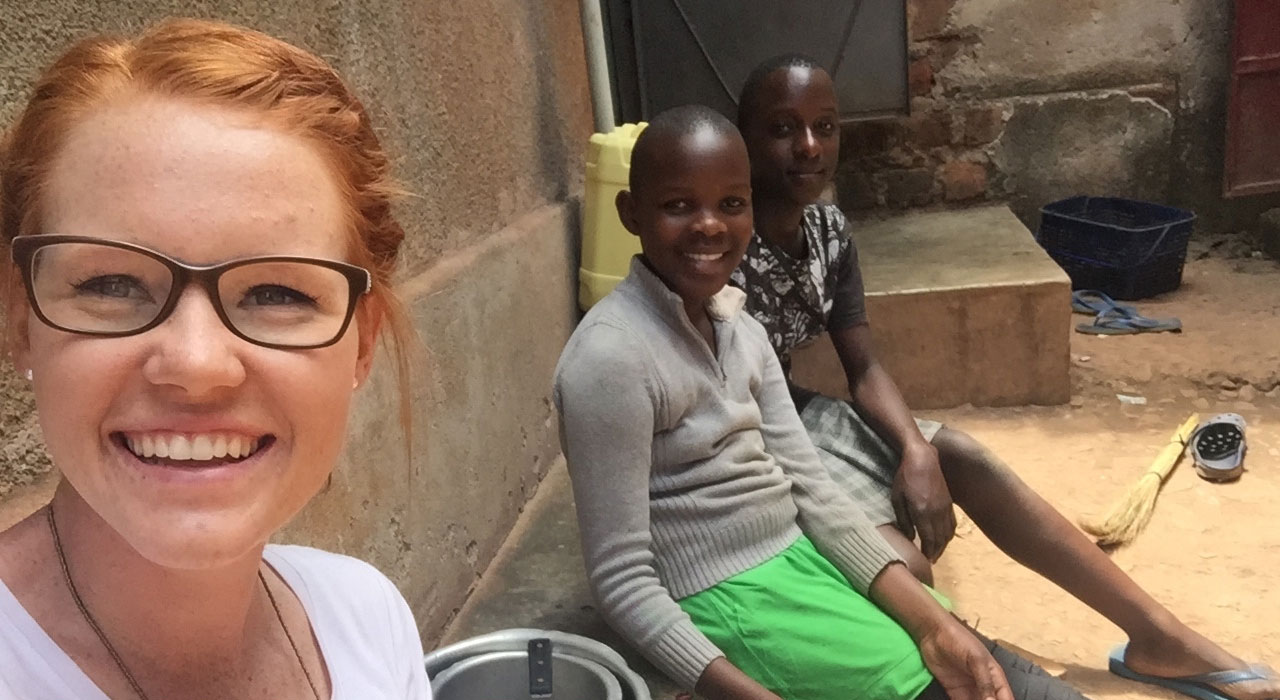 When he was released, we needed to come up with a plan for his life. My supervisor decided to put him in “foster care.” In Uganda, this essentially means having another mother within the program take care of a baby for free until he or she is healthy and stable enough to move back to their family. It was cases like these that humbled me because of everyone’s desire to help the children.

“The child not only belongs to the parents, but also to the community.”

In North America, some might be appalled by the breaches of confidentiality when sharing a child’s issue with other mothers within the program, or at how children were easily placed into new homes so quickly. However, the cultural emphasis placed on the family is so large that if someone neglects to care for their child, a whole community will rise up to care for the child. The child not only belongs to the parents, but also to the community. The community plays a role in the child’s life just as much as the parents do. I had to take a step back and reflect on the social work I had learned at Redeemer, and compare and contrast it to the situation at hand. I realized that—based on my Western values—what I thought was ethical in the client’s situation did not align with Ugandan values.

In that moment, I was so thankful for the cross-cultural situations I was experiencing. I was challenged, broken down, confused, overwhelmed, and uncomfortable in many ways during my time spent at CSP, but it was in those moments that I became humbled at the way God was moving in Uganda,ways that I wouldn’t have ever expected because of the Western lenses I had been wearing. It is far too easy to expect to bring change and growth to the Child Survival Program because of my Canadian education and firm faith in the Lord; however, by doing so, I was dismissing the opportunity for Christ to show himself and to show me the work He was doing in Uganda.

I learned that I needed to be a humble pilgrim, desiring to live within a culture in order to understand their values, norms, religions, and ways of life without forcing my own beliefs on them. In the words of John Taylor, “Our first task in approaching another people, another culture, another religion is to take off our shoes, for the place we are approaching is holy. Else, we may find ourselves treading on men’s dreams. More serious still, we may forget that God was here before our arrival.”

Kendra Slagter is a current student in the Social Work program at Redeemer.

Foundations
Faithful Through Transitions
An update from Redeemer’s Interim President.
David Zietsma
Foundations
Leaning in to Learn. Forward.
A closer look at how Redeemer’s 2025 Strategic Plan is moving the institution forward by strengthening its roots and investing in student and graduate success.
Shannon McBride