Aaron Joel Craig ’10 has devoted his career to storytelling, particularly through the medium of theatre.

“Theatre is one of the few places in our culture where we show up with a bunch of people from different walks of life to be in the same room together, without looking at our phones or talking over each other,” Craig says. “Theatre is inherently countercultural. For me, as a person of faith, it is really important to ground myself in work that’s as countercultural as the gospel tells us to be.”

Craig is a theatre director and the co-founder of the company Same Boat Theatre, based in Hamilton, Ont. Inspired by his Christian faith, and empowered by his education at Redeemer, Craig strives to have all aspects of his work reflect his values, whether it be the big decisions he makes about what stories he directs or the smaller everyday choices, like the structure of a budget or how he runs rehearsal. 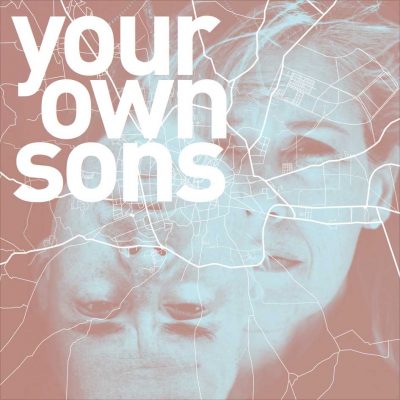 Your Own Sons, Craig’s latest show, is no exception. Same Boat Theatre ran Your Own Sons, written by Hamilton playwright Stephen Near, this past April. The show centres on two parents who lose their sons to the conflict with ISIS in Iraq and Syria. Inspired by the true events of the radicalization of Christianne Boudreau’s son into ISIS and the murder of Canadian soldier Cpl. Nathan Cirillo at the National War Memorial in Ottawa, Your Own Sons follows the lives of fictionalized parents Pauline and Dan. The play picks up as both parents search for answers. Pauline’s son is travelling overseas to fight for ISIS while Dan’s son is joining the Canadian Forces.

The play received positive reviews for its expert storytelling, for addressing the contentious issue of homegrown radicalization and for Craig’s contributions as director. “This arresting piece of theatre is buoyed substantially by Aaron Joel Craig’s stunning direction. Simple, but effective lighting, a few pieces of furniture expertly moved about the Pearl Company’s tiny performance space, is supported by haunting use of film that enhances the play’s language,” wrote Gary Smith of The Hamilton Spectator. “Your Own Sons has something to say to every one of us.”

“A lot of my work is about finding truth and hope in places where it isn’t easy to find,” Craig explains. “I think it’s really easy for us, culturally, to see all the things that are wrong and hard in the world and say, ‘That’s just how it is.’ If I can bring someone into the theatre for an hour or two and say, ‘Maybe it doesn’t have to be that way,’ then I am doing work that’s worthwhile.”

Craig chose to present Your Own Sons “because, at its core, the piece is more about how these two boys were the same than how they’re different,” he continues. “I think that in our increasingly partisan world, that’s a radical thing to say.”

Craig credits his education at Redeemer with preparing him to create independent theatre. Graduating from the theatre performance program in 2010, he gained experience in every aspect of theatre production. “I learned how to work on stage, but also got to learn how to hang lights, write music and design sound for the stage — basically every aspect of putting a show together!” Craig recounts. “This gave me a really good footing for a life in independent theatre.” Outside of class, he could be found in rehearsal for Redeemer’s mainstage plays. He was a part of nine shows during his time at Redeemer. Since graduating, he has spent the majority of his career working with playwrights as they develop new work.

Craig continues to work with the Hamilton arts community to tell stories that are a light in the darkness, helping us to see with fresh eyes the ways God is at work in the world. This fall, Craig is directing Test, a LARP-inspired play, with Same Boat Theatre. In the new year, he will help produce the Frostbites Festival with the Hamilton Fringe ALERT program.