The Redeemer community is mourning the loss of David Mantel, who passed away May 4, 2021 after a courageous battle with cancer. Mantel was a beloved and long-time member of the community, first as a student and athlete, then as a coach and most recently as Redeemer’s first and only full-time athletic director.

Known by Redeemer athletes and colleagues for his heart for leadership and character development, Mantel’s vision for Redeemer athletes was not just to win, but to win with character, building community through the pursuit of excellence and honouring Jesus Christ in all things. He was a strong advocate for using lessons in sport as a springboard for meaningful discussions about faith and life. Ensuring the physical and mental health of the student-athletes was important to him.

Dave’s faith and caring personality were constantly on display as he ensured that we grew as men and women, not simply athletes.

David Klomps, former men’s volleyball player and assistant men’s volleyball coach shared memories of Mantel. “I had the pleasure of becoming a coach after my years as an athlete at Redeemer. This came with many nights out debriefing games with fellow coaches and Dave. One night I asked Dave, ‘If you could give me one piece of advice in life, what would it be?’ Several weeks later, Dave approached me with his answer. ‘Never forget that there is nothing you can ever do more of, or less of, to increase or decrease God’s love for you. Which is the best way I can explain or understand grace.’ It is this bit of advice from years ago that brings me peace today knowing that Dave has experienced the full weight of God’s grace as he is with him now. This is one of many cherished moments with Dave as I know so many other Redeemer athletes have. Dave’s faith and caring personality were constantly on display as he ensured that we grew as men and women, not simply athletes.” 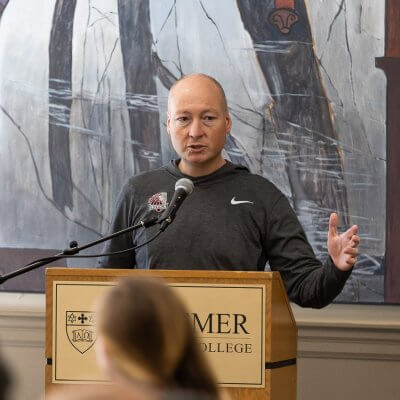 Mantel started as athletic director at Redeemer in 2005. Since then, Redeemer’s varsity programs have regularly competed above the level of expectations in the Ontario College Athletic Association (OCAA), winning provincial or national medals in almost every season. The Royals are now considered legitimate contenders for provincial championships and are consistently recognized as having top coaches and athletes. Well respected by his OCAA colleagues, Mantel served as the OCAA’s vice president of finance and awards from 2019 to 2021. He was also the provincial men’s volleyball convenor from 2010-2014 and again from 2017 to 2019. He served on countless other committees during his career.

“On behalf of Dave Mantel’s many colleagues and friends at Mohawk College and the OCAA, we are deeply saddened to learn of Dave’s passing after a courageous battle with his illness. We send our sincere condolences and prayers to Dave’s wife Christine, their four young children, and all of the Redeemer Royals family,” said Laurie Cahill, former Mohawk College director of athletics. “Under Dave’s leadership, Redeemer was always an outstanding member of the OCAA hosting many provincial championships and tournaments. Dave was always a great neighbour and friend to Mohawk, where we often worked collaboratively on many events and projects in our community. He also oversaw the tremendous growth in Redeemer’s outstanding new sport facilities, which benefitted not only Redeemer, but which he generously shared with Mohawk College and the Hamilton-Wentworth community. However, Dave’s lasting legacy at Redeemer may be how he elevated the Royals to be a competitive force annually, in every sport that the Royals fielded teams, both provincially and nationally. Directing a comparatively small university in enrolment and budget, to this high level of contention, was the direct result of Dave’s skill in hiring the very best coaches and staff to lead Redeemer’s teams. All Royals’ student-athletes shared and exemplified Dave’s passion, enthusiasm and principles of sportsmanship, both on and off the gyms and fields, wherever they participated.”

…he elevated the Royals to be a competitive force annually, in every sport that the Royals fielded teams, both provincially and nationally. 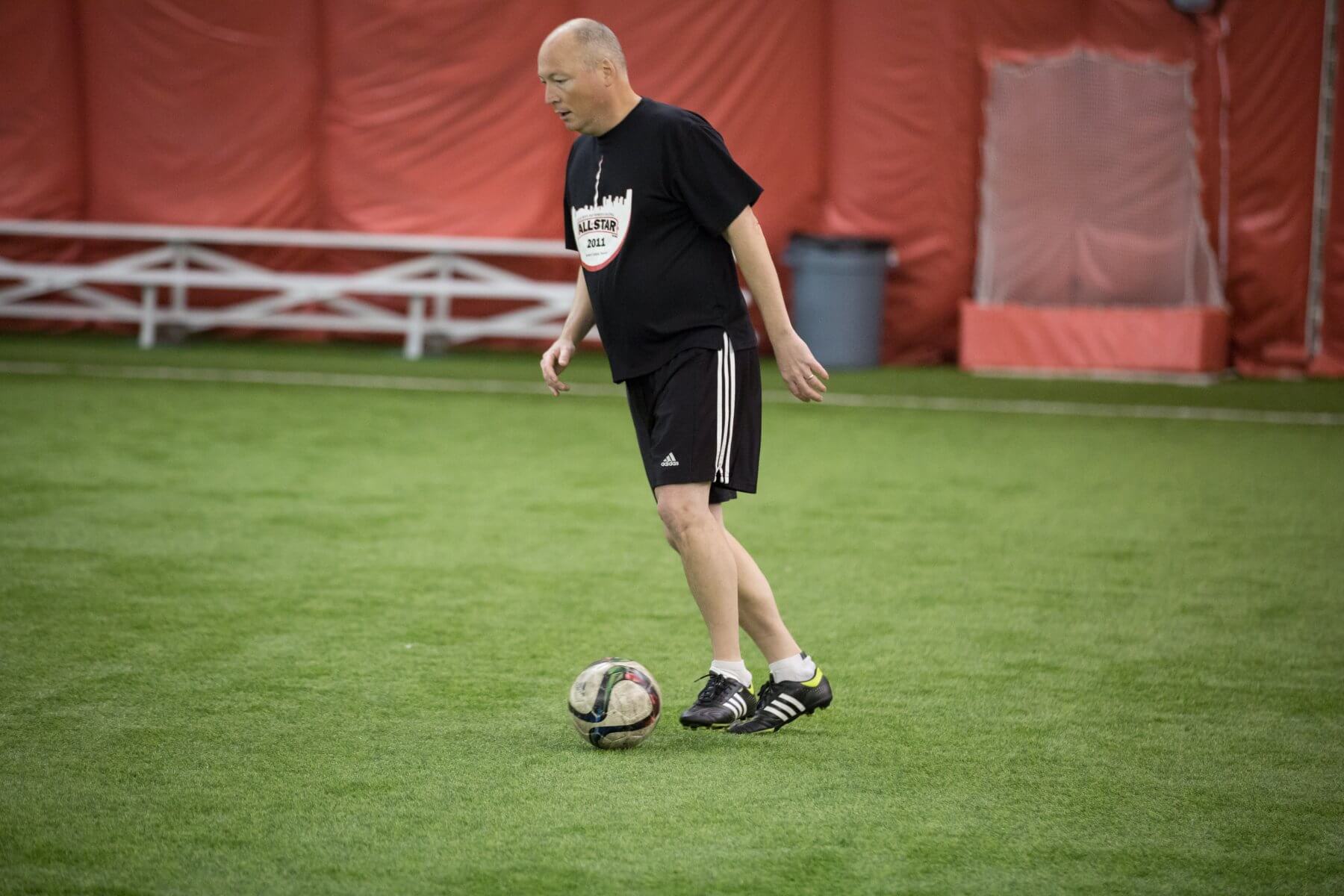 As a business student at Redeemer, Mantel played soccer for the Royals and was named most valuable player of the indoor soccer team for the 1997-1998 season. He was also Redeemer’s scholar-athlete of the year in 1997-1998, recognizing his athletic and academic success.

After graduating, Mantel began coaching the men’s soccer team at Redeemer. He was the head coach for 11 years and was the assistant coach for several more. He aspired to lead well on and off the field and was awarded OCAA coach of the year in 2003-2004. Dave also guided the Redeemer Men’s Indoor team to their first OCAA Provincial Championship in 2007-2008.

“It is a difficult time for the Royal Family. We are losing a great leader and a great friend,” said Pete Reid, sports information and marketing coordinator. “Dave has been the heart and soul of Redeemer’s athletic department for 15 years and he will be greatly missed. He leaves a legacy of building excellent athletic programs while putting the development of student-athletes first. We are thankful for that vision and will continue to build on it for years to come. 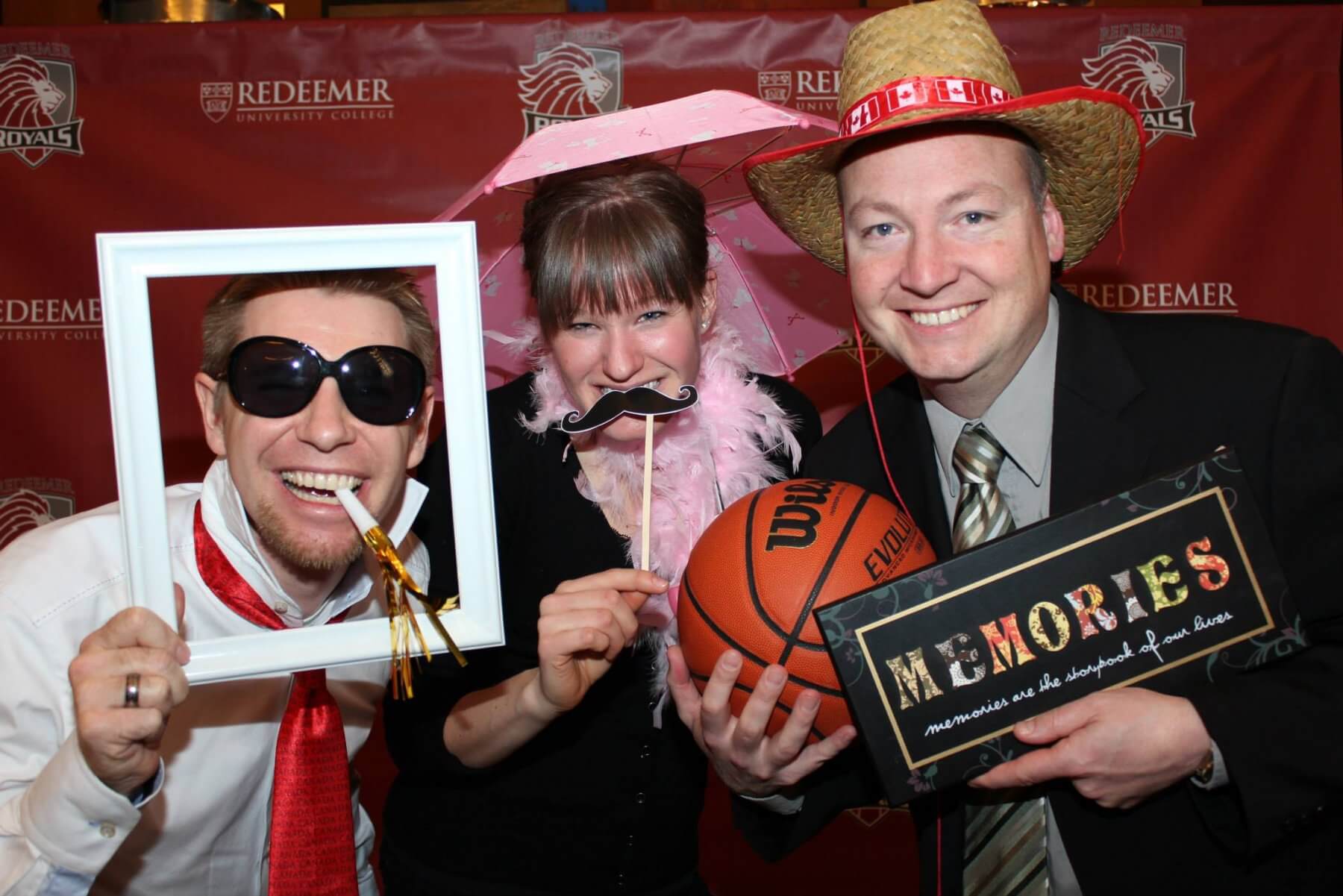 “I have had the privilege of learning from Dave for the last 21 years in various roles and witnessed firsthand the incredible impact he had on thousands of student-athletes, coaches and colleagues. I am so thankful for this time, for the impact he has had on my life, and I will cherish it forever.”

Expressions of sympathy can be made to the David Mantel Memorial Athletic Scholarship, which has been established in recognition of Mantel’s contributions to the Redeemer community. The scholarships will be awarded to student-athletes who demonstrate athletic excellence, a Christ-like character and leadership potential. Redeemer’s outdoor soccer field will also be named in Mantel’s honour.

“Dave was an example of Christian character to the entire Redeemer community both on and off the field. He dedicated himself to developing Redeemer student athletes, preparing them to follow Christ as they pursued excellence in sport and in their careers. We are honoured to celebrate his life and share his legacy through the scholarship and naming of the field after him,” said Dr. David Zietsma, interim president.

The flag on Redeemer’s campus is at half-mast in Mantel’s memory.

Tags: In Memoriam
View All Tags