Angela Reitsma Bick shines as an alumna who has championed and elaborated on Redeemer’s mission to pursue a wide and deep vision of Christ’s redemptive work in every area of culture.

Leanna Nightingale ’18, Alumni Association President says, “Angela has shown an exceptional effort when it comes to having the Christian voice heard from a Reformed perspective. We are incredibly honoured to be able to reward Angela as we know she represents Redeemer to its core.”

But it’s not just Bick who shines. “I’m an editor first,” she says, explaining the leadership role she has held at Christian Courier (CC) since 2009. “I love to help someone take an idea or story and make it better. I want to publish meaningful articles – stories that touch readers, that stick in their heads, that they talk about with others.” It’s a unique style of faith-based journalism that has resonated with readers across Canada.

In her work-from-home office, Bick also helps new authors develop. “If I see a good idea from a new writer, I will revise, restructure – do whatever it takes to bring it to print.” Bick has seen many of her writers win national awards, while her own work has received three Word Awards in different categories as well as the Canadian Church Press’s A.C. Forrest Memorial Award for “The Stained-Glass Ceiling.” She was also recognized by the Word Guild in 2018 for publishing content that promotes social justice.

One example of empowering new writers that she tells is of a friend of a friend of her sister – a woman who lives in Wuhan, China. She posted something encouraging on her Facebook page mid-March, early on in the COVID-19 crisis, when lockdown was just beginning in Canada. Bick helped this aspiring author turn her thoughts into a story of faith and hope from “ground zero” of the coronavirus, and then published it in CC. This writer was interviewed by other media, and her story helped worried readers – many of whom wrote letters to the Editor expressing appreciation for such a timely, redemptively poised story.

The adjective “redemptive” is important to Bick, especially after the philosopher Calvin Seerveld described her work as “redemptive journalism.” In the news industry, which faces steep odds in the age of the internet, this perspective gives deeper meaning to the hard work of vying for readers’ attention.

“Absorbing all the news of the world,” Bick says, “this notion of ‘redemptive journalism’ keeps me from being overwhelmed by its pain and suffering; it encourages me to look for those places where God is bringing healing, hope and restoration. And where we are invited to join him!”

“Good Christian journalism extends that hope and that invitation,” Bick says. Christian Courier, now celebrating 75 years of persistent witness through writing, publishes news that “goes deep and can deepen your faith,” as a recent tagline says. Instead of me-centered media, it invites readers to “dive into the deep current of faith-forming, truth-tracking and hope-heralding news – covering current events and questioning cultural currents.”

In Bick’s tenure with the paper, CC has expanded to a full-fledged online media presence; developed a sharp, professional look; and celebrated a wider diversity of writers, including younger writers, more women and writers from all across Canada. Along the way, Redeemer alumni and faculty have served as contributors, co-editors, board members, donors and readers.

Bick graduated from Redeemer in 2001 and received her master’s in English from Queen’s University in 2004. In fact, it was while working back at Redeemer in 2008 as the Writing Centre Director and Adjunct Professor, Bick was approached to consider the editorship of Christian Courier. Undecided, she turned to colleague Hugh Cook for advice. Remarkably, he pulled an index card from his pocket, on which he had scribbled earlier: “Angela Bick – Christian Courier?”

The liberal arts approach at Redeemer was formative for Bick. “At first, as an editor trying to cover faith and culture, it felt like too vast a field. But I was grateful that my liberal arts education gave me a foundation for almost every topic – at least a starting reference point.”

Bick lives in Newcastle, Ontario with her husband Allan (‘01), who works in the renewable energy field. They have three children, who she says are “news junkies,” who debate current events at the dinner table and with politicians near and far – if they respond to their feisty letters. Bick and her husband also foster redemptive holidays. You can read more online about how their family went on vacation in Wigtown last February – Scotland’s National Book Town. But they didn’t spend the week in a hotel. They lived in and operated a bookstore!

“Absorbing all the news of the world, this notion of ‘redemptive journalism’ keeps me from being overwhelmed by its pain and suffering; it encourages me to look for those places where God is bringing healing, hope and restoration. And where we are invited to join him!” 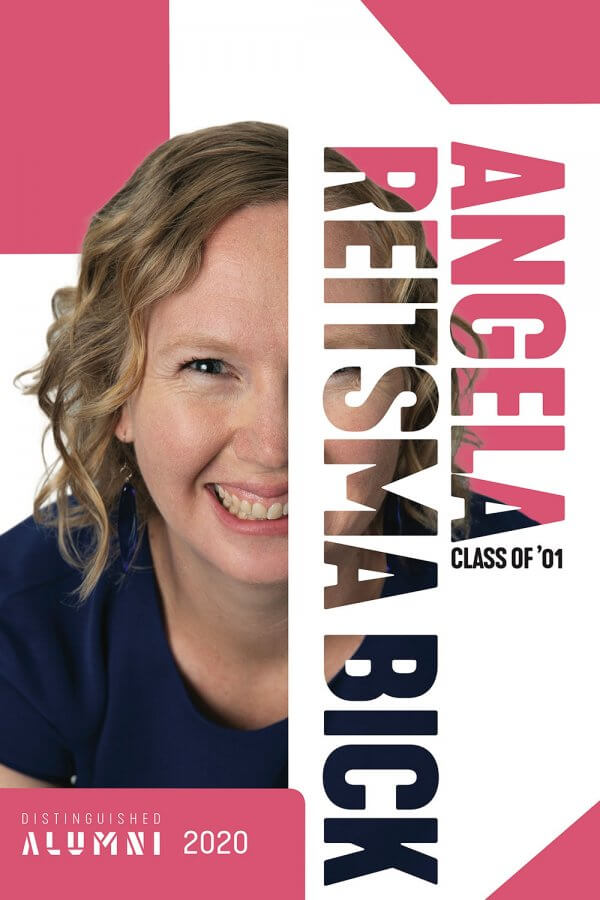 Bick exemplifies the dream Redeemer professors have for their students. As one of CC’s Contributing Editors described her, Bick is “a quiet, servant-style leader, which is incredibly refreshing in an age of too much pomp, bombast and ego.” She encourages risk-taking and creativity in “an unassuming and invitingly collaborative way.”

“I love my work,” Bick says. “I love being engaged with current issues and events and sharing them from a Reformed perspective. It’s not always easy, but it’s full of the joy of stories well told.”

A virtual reception on Nov. 2 will celebrate Bick’s accomplishments and contributions to Christian publishing in Canada.

Dr. Peter Schuurman is adjunct professor in the religion and theology department and studied at Redeemer from ‘89-‘92.