This summer, I had the privilege of presenting research at a conference of Christian educators. This smaller conference has one clear distinction from a larger conference. It has a sense of soul and calling to live out of a Christian worldview, which coincidentally, is exactly what this research, and my personal passion for teaching, is ultimately about.

This project has been the culmination of collaborative research with Dr. Terry Loerts, over the last 3 years. It presents findings from a longitudinal qualitative study that emerged after wondering why visual forms of representation in learning became scant after primary grades, despite living in a mediated and pictorial age. Deep thought that considered process, community, shared conversation, compassion and application to teaching and learning seemed to be reduced to reading and writing in university. As literacy instructors, we noted that the holistic model of the six language arts, listening, speaking, viewing, reading, writing and representation, became fragmented and disengaged from an ever emergent multimodal and multi-literacy lens. Hence, we designed a project to engage visual journals in our university classes.

Over a three year period, 37 students consistently implemented visual journals in class assignments, conversations, and in focus group interviews. This study was dependent on the aspect of time as being a key component for embodying a belief system and worldview.

We are now representing the results in response to questions over this three year period. Our first question was:  “What do you think it means to be literate at the beginning of this course, and how has your perception regarding visual journals changed by the end of this year? “ For the second question, we asked “How have your initial understandings of literacy been changing over time after experiencing visual journals? “ The third question we asked was “Does being a Christian make a difference in how you think about your students in relation to teaching and learning”?

We began with a basic process in how to ‘do’ a visual journal. We quickly learned that visual journaling was feared by university students. Creativity, reflection, process, and ownership of thought had typically been engaged within words and essays, and represented by a mark, not by reflective process and visual representation. Preferences, and past experiences had to be gently nudged to build a sense of confident community and an assurance of ability for the task.  Overall, we discovered that in their initial use of visual journals, students had to debunk the myth that university literacy should be reduced to reading and writing and getting a mark. Over time, students benefited by acknowledging that in a digital age of visual language, multimodal literacy through visual journals offered a way to know self and students in deeper, yet formerly unconventional ways.

After considering questions one and two of the study, we visually journaled our findings:

As the study progressed, and students engaged deeper educational thinking, they began moving reflectively and deeply into the process of learning, with awareness that a VJ is not all about ‘me’. 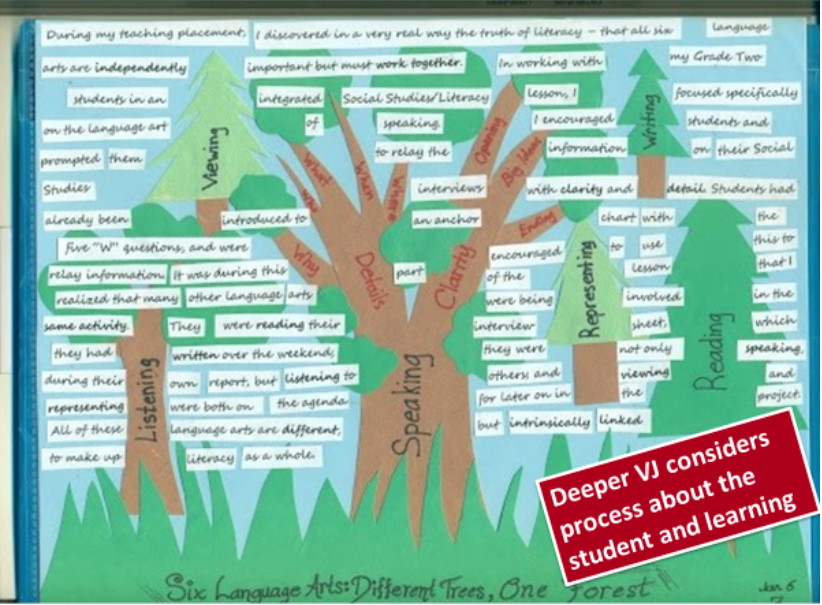 VJ’s became a reflective mirror of their authors, as they examined their own thought processes about teaching and learning. From this experience with visual journals, students demonstrated a shift to an awareness of philosophical educator identity. We visually represented our findings again at this stage: 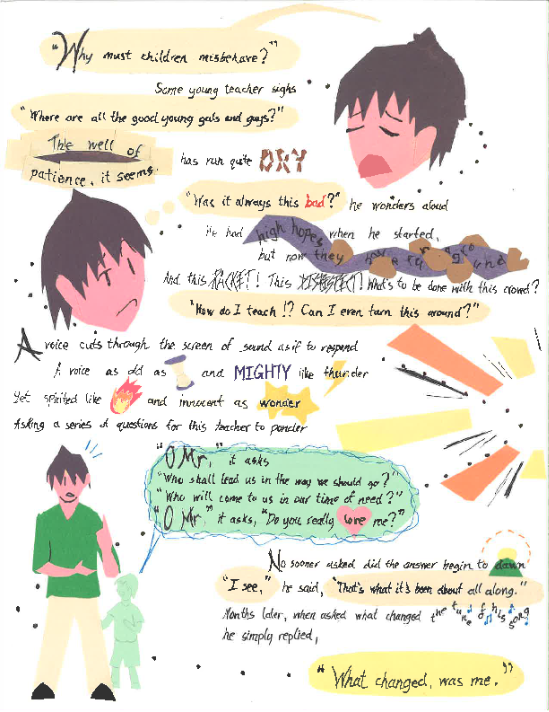 At this point, as researchers, we noted a pattern of process and of progression in the VJ learner which demonstrated a shift from intentional reflection and peer engagement in community, to an awareness of spiritual educator identity.

Findings showed that the identity of the teacher over time filters learning, and raises awareness about the place of faith and worldview in the learning process.  As educators applied intentionality for living out their faith in practice, participants acknowledged their agentive role in the world through reflections such as: “Literacy is a beautiful way for Christians to both engage with and make culture.”   As facility with all six modes involved in visual journaling increased, so did participant’s awareness of how “literacy can be lived.”

This research adds to considering another way in which faith beliefs can be engaged in vocational work through visual journaling, acknowledging the mental, physical and spiritual side of being human. This tension of time and outcome is significant to Christian educators who want to develop strong citizens.

The final words of the study, are those of a student: 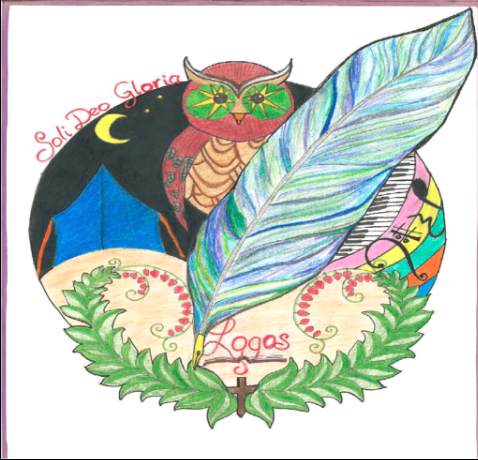 “I learned something valuable through sharing the vulnerable side of my life with people around me.  It helped me shift my attention from wallowing in my self-centered mind to asking God what He was trying to say to me. That is what I tried to express through my visual journal.”

Dr. Christina Belcher is a professor in the department of education at Redeemer University.