The following is a transcript of Mary Ann Benjamins’ testimony, spoken during a September chapel service. As such, it is written in a conversational tone.

September is pretty important to me — not just because it’s my birthday month, but because it was in September that I was diagnosed with renal cell carcinoma. Cancer. They found a fourteen-centimeter tumour in my kidney.

In a borrowed medical text book, I read the survival rates: The five-year rate was less than 5% and by the time my finger ran down the column to the 20-year rate and it was less than 1%.

Dr. Chin, my oncologist, was blunt: “Mrs. Benjamins, the cancer is advanced. I advise you to go home and enjoy your family.” I pulled a picture of my kids from my purse and laid it on the metal table between us. My kids smiling faces looked at him from the picture. Four blond curly haired cuties: Jantina (8), Derek (6), Anna Marie (3) and Johanna (1). “I can’t do that,” I said. He pulled out his calendar and told us he’d get back to us with a date for surgery. 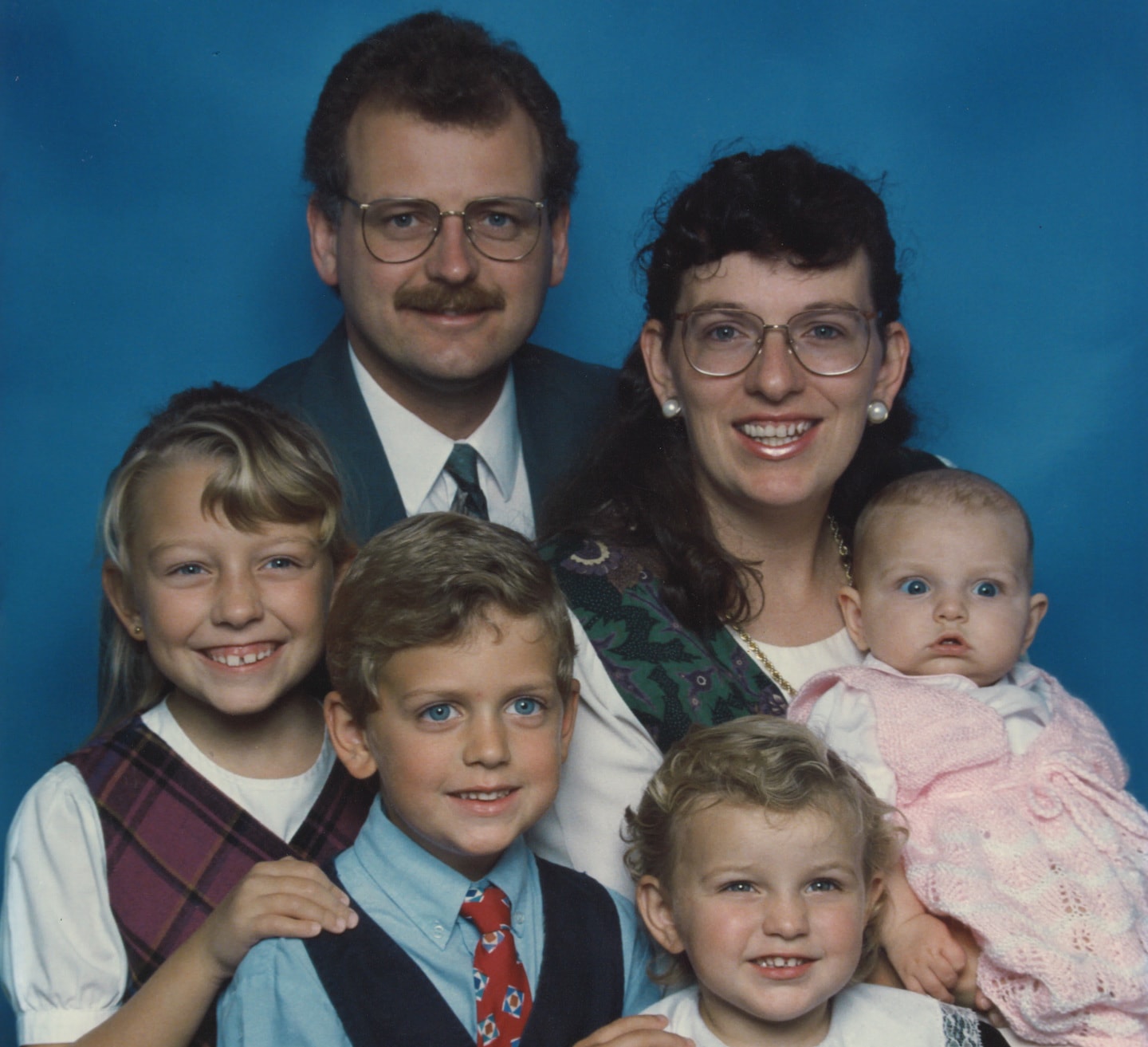 Despite the dismal prognosis and the tangled knot of worry in my gut that never seemed to go away, I knew the doctor had to do his part. The rest we’d leave with God. You see, before cancer struck, my faith life was pretty bland. I often fell asleep during my personal devos. Yes, I went to church, but I was coasting. It took cancer in my body and a survival rate at nil to jumpstart my faith life.

Six weeks later I woke up in the recovery room of the London Victoria hospital. My kidney was gone and so was as much of the affected tissue that Dr. Chin could see. Then about three months later, just as I was almost fully recovered, I found I was pregnant again. My family doctor was angry when I wouldn’t have an abortion. But I couldn’t sacrifice a child’s life to save my own. It was nothing short of a miracle when Kennan was born healthy and whole almost a year to the day of my surgery.

Then the cancer kicked into high gear. Treatments did nothing to stop it. By April, walking was becoming difficult. The pain sapped my energy and the meds made it hard to keep food down. Just looking at a can of Ensure liquid supplement made my stomach curdle. My life was seeping away.

On good days, I could read books. In one of the sappy Christian romances I kept on my bedside table I stumbled on the book of Habakkuk. In just three short chapters, Habakkuk, a prophet, pronounces a familiar message of judgement on sinful and wicked Judah. God has had enough and he is going to put a stop to it. But when God tells Habakkuk that he’ll use Babylon to bring judgement on Judah, Habakkuk is stunned. “What? Babylon is even worse than Judah!” he says. God stops Habakkuk and reminds him that He is the one with history in his hands: “For I am going to do something in your days that you would not believe, even if you were told.” Habakkuk’s job is to be patient. His job is to trust. In chapter two, verse four, God tells him that “the righteous will live by faith.”

I stopped and read that sentence again. “The righteous will live by faith.” Until cancer infected my life, my faith was stagnant. Now I had the same decision as Habakkuk had: Would I continue to question God or would I live by faith?

The Christian walk is like that. Life happens and you have questions — sometimes a lot of questions. But, at some point you must be quiet and listen. I kept reading Habakkuk and his response became my own.

My doctor was pretty much out of treatment options, but I reached out my hands in faith and God’s word caught and held me like a lifeline. My faith was wobbly, but I was going to say the words with Habakkuk, even on the days I had a hard time believing them.

Since that day, twenty years ago this week, I’ve had days of sorrow and days of joy. I’ve watched friends die while I lived, but though trials and joys I hold on to the words of faith and praise first penned by Habakkuk:

“Though the fig tree does not bud
and there are no grapes on the vines,
though the olive crop fails
and the fields produce no food,
though there are no sheep in the pen
and no cattle in the stalls,
yet I will rejoice in the Lord,
I will be joyful in God my Savior.
The Sovereign Lord is my strength;
he makes my feet like the feet of a deer,
he enables me to tread on the heights.”

Mary Ann Benjamins is administrative assistant for the Centre for Experiential Learning and Careers.