Redeemer University College has appointed Dr. Robert J. Graham as the university’s fourth president. At the start of June, Redeemer’s Board of Governors voted unanimously for Graham’s appointment. Bob, as he is known among colleagues, began his work at Redeemer on August 13.

Graham, who holds a PhD in sociology from the University of Cincinnati and a Master of Gerontological Studies from Miami University, brings to Redeemer ten years of experience in senior leadership at two well-respected Christian universities.

Before his appointment at Redeemer, Graham has served as provost and vice president of academic affairs at Pennsylvania’s Grove City College, a non-denominational Christian liberal arts college of about 2,300 undergraduate students. From 2008 to 2013, he provided leadership as provost at Waynesburg University, a Christian university in Pennsylvania that is affiliated with the Presbyterian Church (USA), enrolling approximately 2,500 undergraduate and graduate students.

“In his senior leadership roles, Dr. Graham has demonstrated an ability to connect with people in order to support the institutions he has served and accomplish their vision for higher education,” says Jason Schouten, chair of Redeemer’s Board of Governors. “He leads through listening, caring and connecting. Dr. Graham is enthusiastic about Redeemer’s Reformed identity and the way in which it makes Redeemer distinct. The Board is confident that he will build on the strong foundation that is in place for the success of the university’s mission.”

Graham sees his work as service to others. “Personally, I continually seek God’s direction and try to live a life of service to God and to others,” he says. “Christian higher education administration is where I see the best opportunity to use the gifts that God has given me and I see the work that I do as service and ministry. As faculty, we serve God by serving our students.”

Dr. Graham’s care for others and commitment to Redeemer’s mission were clear as he met faculty and staff for the first time at an informal gathering in June. “Redeemer has been through a difficult few years,” Graham shared in his remarks. “The school has made incredible progress despite those challenges. When I saw that, I knew I wanted to be a part of what is happening here — of how Redeemer is living out its mission and the Reformed Christian worldview. The initiatives launched through the 2020 Strategic Plan are going to make a real difference in the lives of students and their communities. I look forward to building on that progress and working towards the future that God has in store for Redeemer.” 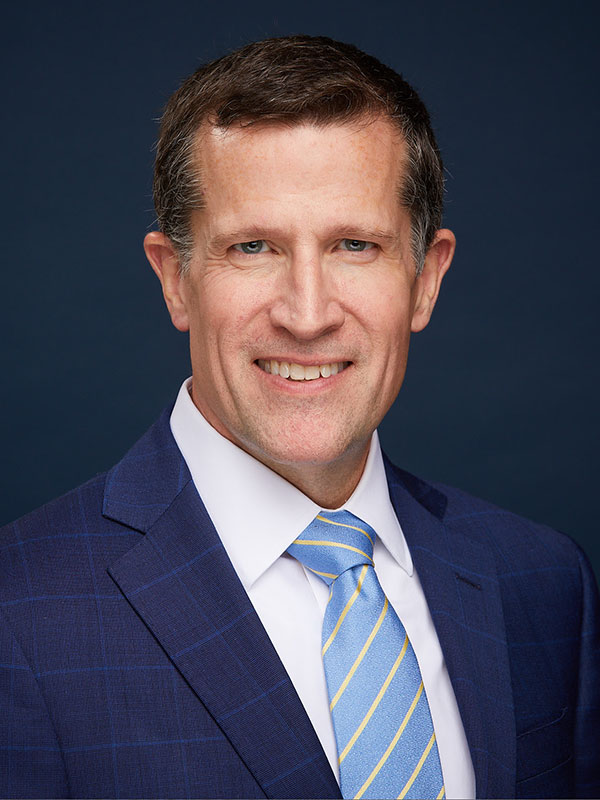 Known as a gifted strategic thinker, Graham has worked to develop and carry out sustainable and mission-centred strategic plans at Waynesburg University and Grove City College. For example, Graham tailored Grove City’s program offerings to meet student needs and match employer interests. Under his leadership, the college approved six new majors, 12 new minors and six interdisciplinary concentrations. Efforts like these to launch new, well-researched programs and to align admissions efforts culminated in increased 2017-18 applications and enrolment.

At Grove City, Waynesburg and Lee University, where he received his first faculty appointment as professor of sociology, Graham quickly became known for leadership rooted in each school’s values and strengths and for insight into the challenges each institution faced. At Lee, momentum built around Graham’s vision for and leadership in service learning. What started as a requirement in Graham’s introductory sociology class became a university-wide proposal and, finally, the launch of the Leonard Center for Service Learning. Graham was named the Leonard Center’s founding director. Service learning is now a graduation requirement for all students at Lee.

Graham is well-equipped to lead Redeemer as president, with experience, values and faith that align with Redeemer’s context and priorities. “At Lee University, Waynesburg University and Grove City College, I became increasingly aware of the unique and evolving challenges facing Christian education,” Graham reflects. “My experiences supporting different Christian institutions have prepared me to be a strong advocate for Redeemer University College.

This August, Dr. Graham moved into the Hamilton area, followed by his wife Cheryl. Cheryl, who holds a master’s degree in church music from Lee University, has served as a music director at churches in Tennessee and Pennsylvania. The Grahams’ daughter, Corinne, is a senior art major at Waynesburg University. The Redeemer community looks forward to celebrating Dr. Graham’s appointment and welcoming the Grahams at a formal inauguration to be held on Friday, March 1, 2019.