Current Issue
Sections
Archive Subscribe
Students
Students Champion Service through Capstone Course
Each year, senior students gather from their various programs to work on a semester-long project that addresses a societal or cultural issue. Here’s a look at some of their hard work and unique initiatives.
8 min. read
Amelia Bowes
2021

As a non-profit, EduDeo Ministries relies mostly on donations. Recently, it established a stable revenue stream by launching an online store committed to exclusively fair-trade products. Its recent success comes from help from a core capstone group of Redeemer students.

“Our job was to expand it and come up with recommendations for which items to include and customer surveys,” says student Lauryn Francisco.
What attracted most of the group to EduDeo was their work providing Christ-centred education around the world.

“I was interested in their international scope and the work they do overseas,” says student Monica Fennema. “I really wanted that to be a component of the project.”

Building from this, the students believe that making education more globally accessible, especially through fair trade, is a true reflection of Christian principles and ethics.

“Choosing an area in the world where you see a need and using time and resources to make those children’s lives better, that really shows God’s love,” says student Alexa White.

“Our research required us to look for fair-trade products around the world,” adds Fennema. “They’re ethically sourced and environmentally friendly, which contributes to creation care and the restoration of all life, not just person-to-person interactions.”

Now that the revamped store is officially up and running, the group looks forward to the long-term benefits it will bring to EduDeo and the communities it serves.

“The goal is to help them bring in consistent revenue to cover administrative costs and allow them to be more financially independent,” says White. “It will also support domestic and international fair-trade organizations, which will, in turn, improve the communities they’re part of and the people who live and work there.”

The issue of how information about residents is communicated to their families at two of Hamilton’s long-term care homes, Macassa and Wentworth Lodges, became all the more prevalent due to COVID-19. Students tackled how to improve communication methods and began by conducting a survey amongst the residents and their family members to discern where significant changes could be made.

“The survey asked if they had any ideas around using an online platform, website or any other intercommunication methods,” says student Kaitlyn Hogeterp. “Our questions ended up giving some options that came out of further conversations with staff and where they wanted to head with it,” adds student Sophia Bradbury. 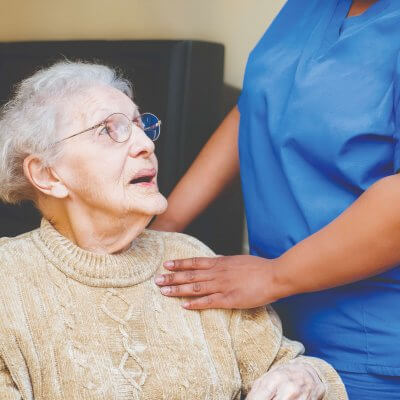 After analyzing the results in collaboration with the homes’ staff members, it was determined that the best solution would be to implement an electronic platform that communicates events, dinners and regulation updates. Although actually implementing the required technology was outside the group’s scope of work, their research offered a strong stepping stone.

“It could be as simple as fixing [the homes’] phone calling systems, showing the residents how to use tablets or adding more people to their email distribution lists,” says Bradbury.

“If we can’t properly connect with others, how can we treat them with the love and respect they deserve as human beings made in the image of God?” says Hogeterp.

“It’s also a call to be stewards of what we have and can do,” says Bradbury. “A place like a long-term care home wants to provide the best services with what they have. We just helped facilitate better stewardship of those resources.”

Helping Hands Street Mission is well established in Hamilton’s Barton Street community, but it wanted to better serve the needs of its members through a catalogue of other local resources. The students helped to accomplish this in two ways. First, they compiled a quick, accessible online database that included women’s shelters, food banks, housing support, employment opportunities and other resources geared towards Barton Village residents. Next, this information was put on branded “pocket cards” for member’s who don’t own a cellphone or have access to the internet.

“When the volunteers spoke one-on-one with members, they didn’t always know about specific organizations to direct them to,” says student Idayanti Payung. 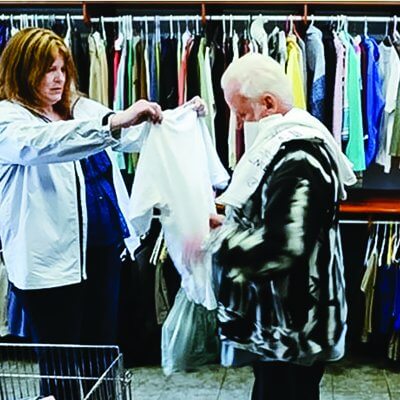 Along with the opportunity to help those in need, what the group found most rewarding was seeing the tangible outcome of their contributions.

“The database and pocket cards are there if they want to use them,” says Payung. “I like that we know they’re being put to good use now that we’ve finished.”

A huge contributor to the project’s success was that the students addressed a real-world issue by bringing together the individual passions and skillsets they gained in the classroom.

“[Helping Hands] assists some people with mental health issues, and that’s what I want to go into since I’m studying psychology and theology,” says student Austin Clelland. “The graphic design aspect was really attractive as well.”

“I’m in the sciences, so I sometimes use databases for research. Creating one was an exciting challenge,” says student Carraugh Brouwer.

The group encountered many causes and faces of poverty throughout the semester, which motivated them to create a well-rounded database that caters to the circumstances and individual needs of each member of Helping Hands.

“Christians are called to serve the poor, but this project recognizes that there are different ways to be poor,” says Brouwer. “People can be struggling financially, but they can also be poor spiritually or have poor mental health. The variety of resources we had in the database allowed for a more holistic approach.”

It’s no secret that Redeemer’s campus is home to many stunning works of art. However, it can become all too easy for them to fade into the background rather than stand out as the thought-provoking, meticulously crafted pieces they are. This group was tasked with increasing the art appreciation on campus, which was accomplished by contacting the artist behind each piece and sending out a student engagement survey.

“Most students voted for an Instagram page or a website that would walk them through the art gallery,” says student Emma Hill. “It was interesting to see the different ways we could catalogue the pieces and contribute to this aspect of a liberal arts education.” 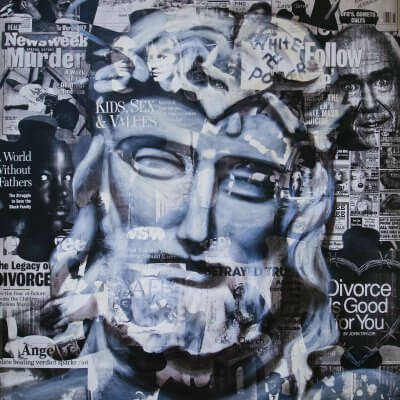 The group made sure to emphasize the inspiration for and meaning of each piece, something Hill believes is integral to a Christian worldview. “Art allows us to express our faith, and a lot of the pieces on campus are by Christian artists and depict images that can help others grow in their own faith. It also brings communities together and helps people express their emotions, which is a huge part of what being a Christian community means at Redeemer.”

Moving forward, Hill and the rest of the group hope that the student community comes together and fosters a deeper appreciation for the holistic nature of Redeemer’s curriculum.

“There’s sometimes a divide between the science students and the art students, so I think it’s important for us to be able to find some common ground,” says Hill. “Students will also get to experience all aspects of what it means to have a Christian liberal arts education and, hopefully, become more invested in the community by understanding what’s actually displayed on our school walls.”

The idea of a medicine garden came out of the desire to create a place of healing and reconciliation with Canada’s Indigenous population. While it will be located on campus, one of the group’s primary goals is accessibility for the larger community.

“We want the garden to be open to everyone at Redeemer but also to the broader community so they can learn something too and enjoy it,” says student Emily Bootsma. 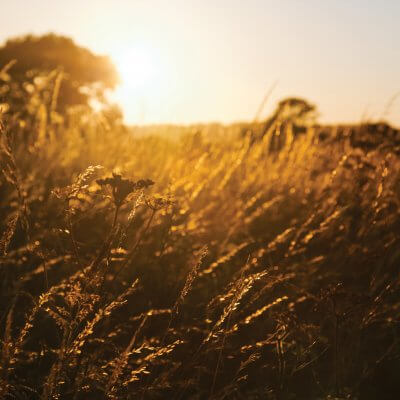 Everything in the garden will be intended for medicinal and nutritional purposes, ranging from simple sustenance to more complex treatments. “For example, there could be strawberries for eating and sweetgrass that could be braided into a basket,” says student Sarah Hesman. “There are many plants we’d like to include that have medicinal benefits and could be made into a tea to treat something like a cold. We wanted to focus on plants that could help students with common ailments.”

A foundation of Indigenous culture, cultivating health and healing from the land was a tried and true method long before chemically synthesized medicine.

“To us, using plants as medicines seems like a step back, but it’s more of a switch to another perspective because for Indigenous people the earth is the medicine,” says Bootsma.

When it comes to Indigenous culture and Christianity, Bootsma advocates that listening and learning about other worldviews is part of what it means to lovingly engage one’s neighbour and helps us see the diversity of God’s creation. She also stated that despite their many differences, care for the environment can be common ground for the two belief systems.

“For Indigenous people, being stewards is a big part of who they are because they’re so rooted in the land. We’ve kind of lost that in our Western culture, but Christians are called to be stewards and to take care of creation.”