It’s often said that a university education can open one’s world. Annie Ling’s journey has taken her around the world, and through it she has used her education to bring to light some communities that the world would perhaps rather not see. It’s for her work and passion she brings in telling the story of those communities that Annie has been selected as the recipient of Redeemer’s 2015 Distinguished Alumni Award. Born in Taiwan, Annie is a documentary photographer and artist currently based in Brooklyn, New York. 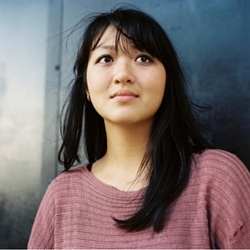 At Redeemer, she studied English literature and art, graduating in 2007. “My love of stories and the visual language was nurtured at Redeemer,” she says. “And I keep learning – I’m a life-long learner.” It didn’t take long for Annie to demonstrate not only that love of learning, but also the global perspective that would mark her career. After graduating from Redeemer, she moved to New York City to study at the International Center of Photography, receiving certification in Documentary Photography and Photojournalism.

Since then, Annie has worked as a photographer and photojournalist, exhibiting work throughout the U.S. and Canada, South Korea, Germany, Finland, Hungary, Brazil, France, Switzerland, Iceland and also receiving awards and fellowships across North America and Europe. She has lectured at Columbia University, Ryerson University, Brooklyn College, International Center of Photography, Asian American Writers’ Workshop, Union Docs, and was featured on Al Jazeera America among other networks. Most recently this winter, she was a recipient of the first Skammdegi Artist-in-Residence Award where she worked on documenting the distinctive culture of single mothers in Iceland. The series “Independent Mothers” has since been published in The New Yorker, bringing attention to the treatment of single mothers locally and elsewhere. Annie has also been working as a contract photographer for The New York Times, and other clients include GEO Magazine, Courrier International, The Wall Street Journal, Fader Magazine, New York Magazine, and South China Morning Post.

In nominating Annie for the award, classmate and friend Samuel Martin described the breadth of Annie’s work and influence.

“Annie’s work is international in topic, timeliness, and in the attention her work has garnered. Her impact on her communities is striking. She has brought major public awareness to the condition in which new Chinese immigrants live in New York City, publishing her photo essays in major New York papers which culminated in her major solo exhibition “Floating Population” at the Museum of Chinese in America in New York City. She has also brought awareness to the plight of women caught in the world of human trafficking [in Romania and Moldova with her “Awhereness” exhibitions]. Her work tells stories that often go unheard, bringing these stories into a public international conversation aimed at bringing awareness and promoting the need for justice for all people, particularly those living on the fringes of more affluent societies.”

The Distinguished Alumni Award recognizes the work that alumni do in support of the Alumni Association’s mission of building relationships and fostering community. Developed during her time at Redeemer, those are central themes in her work today. “I learned about community at Redeemer and it has become an intrinsic part of everything I do. Each community I’ve been part of has shaped me in some way. This expanding network is diverse and dynamic. Deeper and more intimate relationships mean more to me as I move forward. I love interacting with people from different cultures, histories, and demographics. That exchange molds my work, which then creates a bridge. It’s a privilege to share part of their story and to initiate dialogue and change.”

The accomplishments that the Award represents have come as a surprise to Annie. “If someone had told me 10 years ago that one day I’d be running my own business,” she says, “I hardly would have believed them.” Her path, while perhaps unexpected, was certainly impacted by her time at Redeemer. “My teachers have been very influential in my life, even if they might not know it. I want to take everything that I’ve learned and share that with others.”

As much as she has appreciated her time at Redeemer, Annie’s advice to students and young alumni reflects her own experiences as well – “Take nothing for granted and don’t be afraid to take risks. Go out of your comfort zone and discover things for yourself. It’s never easy, but it’s necessary for growth.” 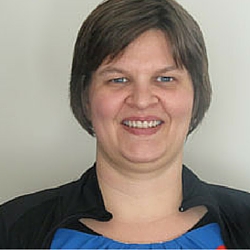 “We are delighted that Annie Ling is our Distinguished Alumni Award winner for 2015,” notes Miranda de Rooy, President of the Alumni Council. “Her talent, love of community and passion are poignantly captured in her photographs, whether they are taken in New York City, Moldova or Iceland. We congratulate her for all that she has done and look forward to seeing her continue to use her gifts in community-building in the years to come.”

To celebrate Annie’s award, and to provide an opportunity for her to share her work locally, the Alumni Association will host a reception and exhibition of Annie’s work during Hamilton’s annual James Street Supercrawl.

Select pieces from Annie Ling’s solo show “Floating Population” will be on exhibit from September 11 to 13. The exhibit is free and open to all.

Both will take place on the 2nd floor of what was formerly Ricca’s Furniture, 245 James Street North.