“You can be thin, perfectly fit and totally gluttonous,” says Dr. Matthew Milliner, professor of art history at Wheaton College in Illinois. But gluttony isn’t just about stuffing yourself at Sunday dinner; it’s about letting your consumption form your identity.

Milliner likens Western culture’s food consumption to our ceaseless appetite for digital media. For Milliner, the ubiquity of imagery in the modern West is a form of gluttony — one that Christians need to recognize.

“Book covers, television and computer screens, artwork and even coffee cups are all vying for our attention.”

It’s difficult to take two steps in North American society without being bombarded with some sort of image. Book covers, television and computer screens, artwork and even coffee cups are all vying for our attention. Our increasingly connected world swaps more visual information than ever before. How can Christians digest such an image-based diet? 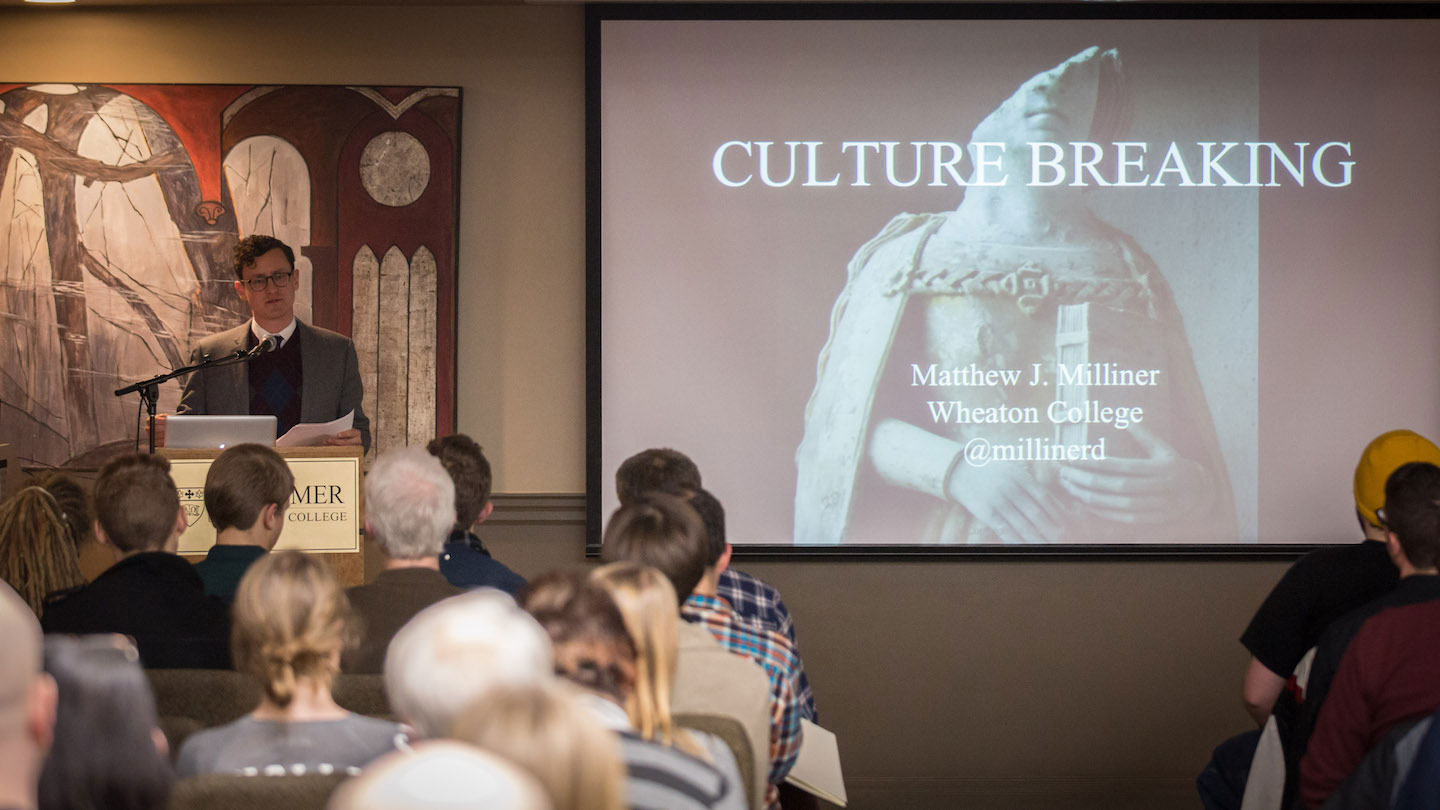 This question was at the crux of Milliner’s lectures, the latest in Redeemer’s World and Our Calling series. “What does it mean to be a Christian to relate to this culture? I’m asking the question late. The young people in this room, you’re asking the question as part of your formation, and I think it’s an urgent one.”

Milliner, who also received Redeemer’s 2016 Emerging Public Intellectual Award, joined Redeemer students, staff, faculty and supporters on January 25th for a day of lectures and conversations about contemporary culture, art and the Christian response. “Don’t let anything come into your realm of purview that you cannot effectively digest,” he warned. So how can we engage our image-based culture in a way that is nourishing and life-giving?

As a year that marks both the 500th anniversary of the Reformation and the inauguration of Donald Trump, 2017 has already brought church disunity into sharp focus. It’s easy for Christians to get caught up in the furor. It’s doubly challenging to be gracious when horrific atrocities and relentless fear-mongering are broadcast in an endless stream of image-based media.

However, when approached by uncomfortable imagery, Christians must be critical. Each image is a chance to build much-needed bridges. “Make every effort to keep the unity of the Spirit through the bond of peace,” Milliner reminded his chapel audience, quoting Ephesians 4:3. Christians can and should use images, art and media as a means to unity, rather than a distraction from it.

“Each image is a chance to build much-needed bridges.”

True to his calling as a professor of art history, Milliner offered an example of the ways history has often obstructed the potential for unity in the church. In The Conversion of Saul, found on the ceiling of the Pauline Chapel in the Vatican complex, Michelangelo depicts direct light — God’s grace — hitting Saul without mediation.

The one directional love and unmediated grace of God, of which The Conversion of Saul is a prime example, is something Michelangelo dared to depict inside of the Vatican. Historical retellings of the Reformation suggest that sola gratia (by grace alone) was a distinctly Protestant belief, but Michelangelo’s work suggests that maybe the gulf between Catholics and Protestant was exaggerated by later events.

It is perhaps surprising that Milliner, an expert on ancient Byzantine iconography, offered a meditation on the merits of iconoclasm — the smashing of images — during his evening public lecture, entitled “Culture-Breaking: The Image of God in an Image-Driven Age.” 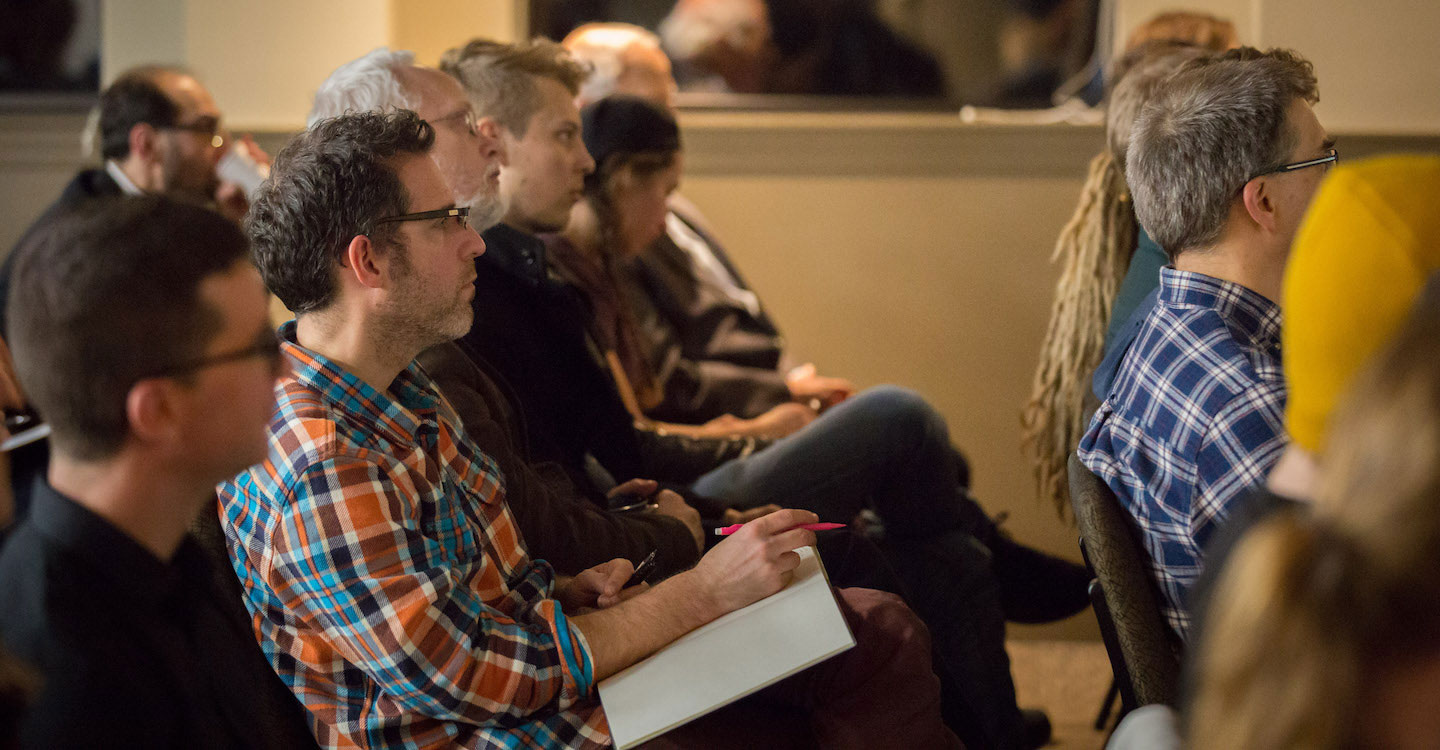 “Our age is marked by the fact that you see images of yourself as never before in the history of the world,” Milliner muses. In a culture where you FaceTime with loved ones while looking at yourself in the top right corner, Milliner suggests, it becomes ever more important for Christians to remember that all of us are broken images. The first step of Christian life is to see that we’re made in the image of God. Our images of ourselves have to be broken. “Christ causes us to be our own deconstructors, to gently break our own images of ourselves.”

In Babylon, Daniel and his friends were true iconoclasts, refusing to worship idols. Ancient Christians rejected the panoply of ancient gods available, choosing instead the power of the cross. Early Christianity had to be iconoclastic to separate itself from the images of the pagan world.

“Christians refuse to bow, and that is how they break culture.”

Maybe a little more culture breaking on the part of today’s Christians is in order. The call seems counterintuitive to the evangelical ear. Books like Andy Crouch’s Culture Making have shaped our conversation, and rightly so. Far from countering the movement to create, Milliner suggests that his response is another side of the paradox of Christianity and culture: “We have to do some culture breaking as well as culture making. Even better, be culture breakers in a way that is concealed in making.”

So, suggests Milliner, give the gaudy flashing lights of Times Square over to the atheists, where the cultural language and gods are those of consumption. Christians choose a different language, a different order: “Christians refuse to bow, and that is how they break culture.”