Over the last fifty years, there has been a steady increase in the number of Muslims moving to Europe and North America. It often feels like there can be one of two responses: retreating into a fearful nationalism or embracing a more romantic form of multiculturalism.

Dr. Matthew Kaemingk, assistant professor of Christian ethics at Fuller Theological Seminary and an ordained minister in the Christian Reformed Church, sees a third option. In his book Christian Hospitality and Muslim Immigration in an Age of Fear, Kaemingk lays out a pluralism that is both committed to Christian faith and to the public rights, dignity and freedom of Muslim communities. To come to this third option, Kaemingk explores the history of the marginalization of Muslims in the West and the possibility of what he calls “Christian pluralism.” He ends his work by outlining how American Christians might demonstrate a Christ-like form of hospitality toward their Muslim neighbours.

“It is difficult to imagine a Christian public intellectual contribution more timely than Dr. Kaemingk’s book,” said Dr. Gideon Strauss, associate professor in worldview studies at the Institute for Christian Studies. “In every aspect of his work, Dr. Kaemingk has already made a significant Christian contribution to North American public life. Given his youth, it is exciting to consider what he may yet contribute in the decades ahead.” Recognizing the significance of Kaemingk’s work, Strauss nominated him for Redeemer’s Emerging Public Intellectual Award.

The $5,000 award, now in its fifth year, fosters emerging talent in the Christian academy and recognizes excellent academic and public work that is making an impact for the common good. The award, created and administered by Redeemer, is also sponsored and adjudicated by leading North American think tanks Cardus, the Acton Institute, the Center for Public Justice and the Henry Institute, as well as the Council for Christian Colleges & Universities (CCCU). Kaemingk has been named the 2019 award winner.

“He has rapidly built a strong reputation as a young public intellectual,” said Dr. Richard Mouw, PhD advisor and now colleague to Kaemingk. “He has been writing for Christian and non-Christian audiences, speaking at conferences, consulting with members of the Dutch parliament and lecturing in the Netherlands and Scotland.” 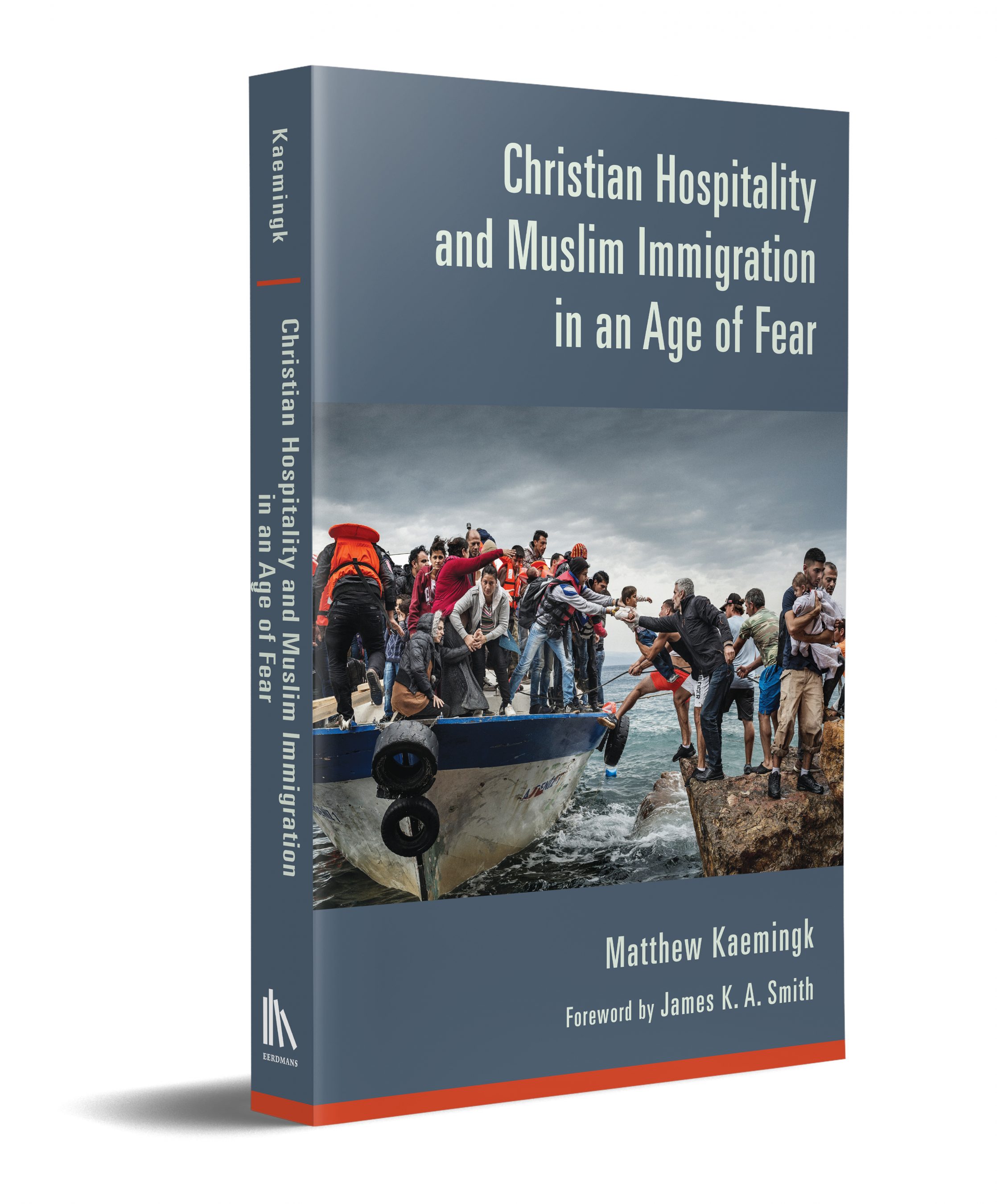 Beyond political ethics, Kaemingk has also been writing and speaking on the issue of faith and work in the marketplace for over a decade. He is already at work on his next book. The project, called “Work and Worship”, offers pastors and professionals the theological resources and spiritual practices to reconnect their Sundays and Mondays.

In addition to writing and speaking, Kaemingk serves as associate dean of Fuller Texas in Houston, a fellow at the Center for Public Justice and a senior fellow at the De Pree Center for Christian Leadership. Kaemingk holds a master of divinity from Princeton Theological Seminary. He has also earned doctorates in Christian ethics from Fuller Theological Seminary and systematic theology from the Vrije Universiteit in Amsterdam. As a Fulbright Scholar in the Netherlands, Kaemingk studied Reformed political theology and the European conflict over Islam. In his teaching and research, Kaemingk continues to consider interactions between Christianity and Islam, Reformed public theology, politics, economics and biblical ethics.

“I believe that I’m called to serve the church, the academy and the common good as a ‘public theological servant.’”

In spite of his success, Kaemingk views his career with humility, “I’m called to serve the church, the academy and the common good as a ‘public theological servant,’” he explains. “Herman Bavinck argues that the discipline of theology is not meant to be the ‘queen of the sciences’ but their servant. I, therefore, do not pretend to possess the Christian answer to complex public questions and issues. Rather I’m called to humbly serve the church and the academy by providing a theological framing through which Christian leaders can imagine their own faithful and redemptive responses.”

As to his future work, Kaemingk says: “I’m looking to pay things forward right now. I’ve been blessed to have a number of mentors, professors, and Christian institutions invest in my own development and learning. I hope to pass that on by investing my own life and career in the students and institutions that God calls me to serve. Through it all, I hope to remain faithful to Herman Bavinck’s call for theologians to assume the public posture of a servant to the church, the academy, and the culture.”

In January, Dr. Kaemingk will visit Redeemer to receive the 2019 award and offer the prestigious  World and Our Calling lecture.