Current Issue
Sections
Archive Subscribe
Students
Wherefore in All Things: Looking Back on Henry V
Due to the restrictions of COVID-19, Redeemer’s spring mainstage was cancelled. The cast and crew reflect on the show’s preparation and potential.
7 min. read
Amelia Foster
2020

For the spring mainstage this year, Redeemer’s theatre arts department decided to put a slightly modernized twist on Shakespeare’s classic history play, Henry V.  Unfortunately, the reality of COVID-19 meant that the cast and crew’s time, creativity and intended impact were brought to a halt only weeks away from opening night.

“It’s a weird thing, and surreal in a way,” says director Aaron Joel Craig. “The best way I can describe it is ‘hollow.’”

“I know I cried a lot, so did everybody,” says Heather Janssens, who was set to play Henry. “But, I think out of that so much good has come. As a cast, we really just leaned into each other and became each other’s emotional support. Before social distancing was enforced, we all got together in the black box to sit, eat donuts and laugh and cry together. We became this community that was there for each other when we were at our most vulnerable. Because of that, I think we’ve become stronger not only as theatre-makers but as individuals and Christians who were able to encourage each other in a time of darkness.”

“I think we’ve become stronger not only as theatre-makers but as individuals and Christians who were able to encourage each other in a time of darkness.”

This simultaneous sense of grief, strength and encouragement is not too far from themes presented in the play itself. When the topic of Shakespeare comes up, many have flashbacks to fighting sleep during high school English classes. However, amid the tongue-twisters of iambic pentameter are stories of conflict, courage and self-actualization. Henry V is also a coming-of-age tale of sorts, as Henry himself was only 26 when he was crowned King of England and carried out the infamous Battle of Agincourt. According to Craig, this is why it remains a crucial narrative for young adults in the 21st century. 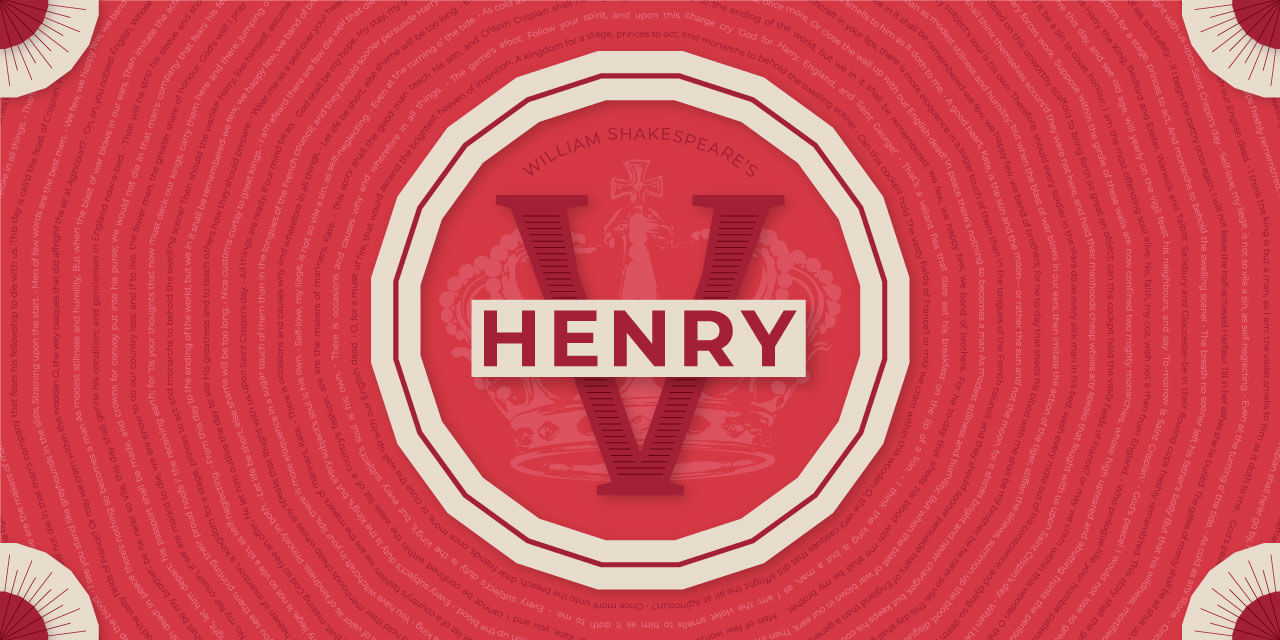 “Henry is a play about a young person who’s given a set of expectations and circumstances he didn’t choose, which I think is very applicable for young people today. Whether that’s the coronavirus, a changing economy or even climate change, it’s not about how you defeat these things but about how you do things your own way.”

As a Redeemer theatre alumnus, Craig appeared in numerous productions throughout his undergraduate degree including an adaptation of A Midsummer Night’s Dream, another Shakespearean masterpiece. In 2014, he founded Same Boat Theatre, where he focuses on productions that, in his own words, “challenge the mind and confront the heart.” Craig’s mission is to engage audiences with authentic stories that confront the status quo and speak to present issues in ways that honour a Christian worldview. He emphasizes how necessary it is for Christians to wrestle with topics such as power, patriotism and gender.

“Henry is a play about a young person who’s given a set of expectations and circumstances he didn’t choose, which I think is very applicable for young people today.”

“As Christians, we need to engage with all kinds of things. Henry speaks a lot about God being on the side of the English, but is that really a demonstration of faith or of power? Shakespeare’s work also had a ‘sacred text’ mentality in his day, and I think that can translate into taking the things we consider sacred and looking at them in a different way.”

One distinct aspect of Craig’s approach was with the show’s casting methods. Because more women than men auditioned, each role was filled based on compatibility rather than gender. He took notice of Janssens and cast her in the titular role soon after.

“I’ve always been a bit of a tomboy, so the way I played Henry was just an extension of myself,” says Janssens. “I didn’t act like a man, and Henry wasn’t made to seem like a woman. It was just me speaking in iambic pentameter. I wore my own clothes, I did my hair as I normally would, and it really just felt like me.”

Janssens admits that she did experience anxiety about how the portrayal would be received. Ultimately though, she realized the only way to move forward was by giving the best performance possible.

“I thought, ‘If I put my heart into this, if I make it authentic, then people should respond to it well.’”

Like Craig, she believes the show holds immense value for modern audiences.

“Just through playing the role of Henry, I found so much connection with the ideas of fighting for what you believe in with integrity, learning to live with honour and what it means to be a good leader. All those things are still relevant in our conversations today. Especially as Christians, knowing how to live an honourable life is a really important thing. Even just the way the show was constructed, with me as a woman playing a figure of authority, is an empowering statement for audiences today.”

Even for those working behind the scenes, the play revealed timely, poignant messages. Dr. Sharon Klassen, associate professor of theatre and the producer of Henry V, was struck by how Shakespeare’s writing led her to consider elements of current social and political rhetoric.

“Henry absolutely believes God has appointed him and that he will win [the war] because God is on his side, and I don’t think that rhetoric has disappeared,” she says. “As Christians, we need to question why God is declared to be with one nation and not the other. Especially now, as we’re still dealing with the aftermath of colonialism, this play is really foregrounding. While the audience of the day would’ve been completely on board with the things he says, I was taken aback.”

JoyAnna Bodini, the show’s stage manager, found that Henry’s ascension to power at such a young age reflects the rise of millennials and generation Z beginning their careers as previous generations retire.

“Henry is a younger character with all this responsibility thrust upon him. At a time in our lives when older generations are retiring, it’s really important to think about how younger generations take on that responsibility and make sure they’re prepared for the workforce.”

With all this introspection, study and rehearsal stopped just short of reaching audiences, it’s easy to think of the preceding months of preparation as fruitless. Craig stressed to the cast and crew that the point of theatre isn’t so much the final product as the experiences shared, lessons learned, creativity fostered and communities built. He echoes notable Henry V character Fluellen, a Welsh captain who declares that there are always “occasions and causes why and wherefore in all things.”

“In all productions, the true value is in the work. Our focus has gone from being product-creators to experience-havers, and I’m  excited to see what kind of performances will be inspired by a time in history like this.”

Tonight would have been Redeemer's long-awaited premiere of Henry V. To make sure the cast and crew's time, vision and…