Doctors can care for patients holistically when they have engaged literature, politics and history. Business owners can be a force for social good when they have encountered natural sciences or international development. And writers communicate effectively when they’ve wrestled with philosophical and socio-economic concepts within culture. These are just a few examples of how a well-rounded education can prepare students for a rapidly changing world and workforce with complex challenges.

Redeemer’s Christian liberal arts and sciences education roots students in a Reformed biblical worldview and brings to life how everything holds together in Christ. As students study deeply within their major, Redeemer’s core curriculum – a series of 10 interdisciplinary courses that all students take – encourages them to think broadly and critically about the topics and information they are encountering. These forays beyond specialization enable students to be versatile, see other perspectives, and to collaborate and work in teams.

“No matter what specialization you go into later, it’s important to be able to orient yourself in recognizing that you live as a human being in God’s good creation in a world of truth, goodness and beauty. And really, vocations are different ways of understanding how God is calling you to steward your position in such a world,” says Dr. Amber Bowen, assistant professor of philosophy and core studies. “I think it’s so great that the core program is orienting students in that way that then prepares them to go into various specializations. I think that’s an important time for students.”

Bowen was recently hired to teach philosophy and core studies at Redeemer. She completed her PhD earlier this year at the University of Aberdeen under Dr. Craig Bartholomew and Dr. J. Aaron Simmons, with a focus on Danish philosopher Søren Kierkegaard and phenomenology. She says she fell in love with philosophy during her undergraduate degree. 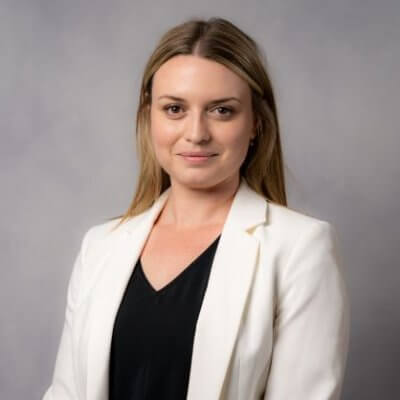 “I always say philosophy is simply the practice of putting question marks where everyone else puts periods,” says Bowen, who will teach Faith and Philosophy, a second-year core course, in her first year teaching at Redeemer. “Philosophers kick up the dust. They cause us to go back and reexamine things that we just assume. But it’s not because of a posture of suspicion or skepticism, it’s just genuinely this wonder about the world — wanting to know and wanting to explore and discover. The great thing about these [core] courses is that they return us back to that posture of childlike wonder and asking why, so we examine things more deeply. Especially living in God’s creation as his creations, the life that we’re invited into is one of exploration and discovery and creativity.”

Dr. Doug Sikkema ’06, recently hired as assistant professor of core studies and English, completed his PhD in English at the University of Waterloo with a specialization in contemporary American literature. He most recently served in a sessional role in the core program at Redeemer. He says the core helps students to understand their place in the world.

“It’s really helping situate students where they are in time. It roots them in their tradition. Great works like Homer’s Odyssey or Virgil’s Aeneid or Dante’s Divine Comedy are part of this tradition of theology, philosophy, art and culture that have shaped so much of the moral and intellectual imagination of the West even today. There are still echoes of it everywhere, and the core program helps students hear them. I think it’s such a shame that decisions that have been made in education in the last hundred years have kept students from receiving this tradition,” he says. “There’s an amazing inheritance that we have, but most modern education has withheld these riches from us.”

“You’re not just streamed as quickly as possible into your discipline, which will be functional for you in life, but the core’s focus on interdisciplinarity helps students appreciate the unity within different bodies of knowledge,” he says.

“Even if you’re going to study biochemistry at a niche level, which is great, it’s good to think about how aesthetics, philosophy and theology interrogate reality and might give form and direction to your work as biochemist one day.” In Understanding the World Through the Arts we ask a lot of interesting questions about attention, perception, the role that the arts play in a full-orbed life and how the arts and sciences (and Christianity) are not neatly separated at all.”

Sikkema is excited to be teaching full time at Redeemer this year and says he’s always loved the university. “The best kept secrets are small liberal arts schools that are communal, that are human scaled. I think the best learning happens in relationship and those kinds of relationships become very possible at Redeemer.”