“What does a mathematician do on sabbatical?” Redeemer’s Dr. Kevin Vander Meulen quipped to a crowd of students, faculty of all disciplines and community members in his faculty colloquium this March. The short answer: In the span of his 2016 summer-fall sabbatical, Dr. Vander Meulen gave a keynote lecture and four invited presentations, wrote a book review, proposed a new course for Redeemer in mathematical biology and submitted five papers on collaborative projects with alumni and colleagues across North America.

Vander Meulen, a professor in and chair of the Mathematics department, specializes in the interplay of two areas of mathematics: algebra and graph theory. He focuses on exploring properties of matrices — a matrix is a rectangular array of numbers applied in many different areas of mathematics. As a mathematician, he studies this concept in a similar way that a biologist might focus on a particular plant species, trying to understand its properties and the way it interacts in various contexts.

“Mathematics is the fittest of all languages,” Newton wrote, “to describe God’s governance over creation.”

The large variety of applications for matrix algebra illustrate that mathematics has cultural power, that it can be a tool for stewardship and culture-making. Mathematicians unfold the potential of creation and can stand in awe of our Creator as they discover the order and patterns within our world. Far from being a disembodied subject in an academic vacuum, mathematics impacts our broader culture.

Isaac Newton investigated rates of change, the basis of calculus and discovered he could predict how planets would change position. Mathematics gives us the ability to understand and to trace God’s activity in the created order. “Mathematics is the fittest of all languages,” Newton wrote, “to describe God’s governance over creation.” 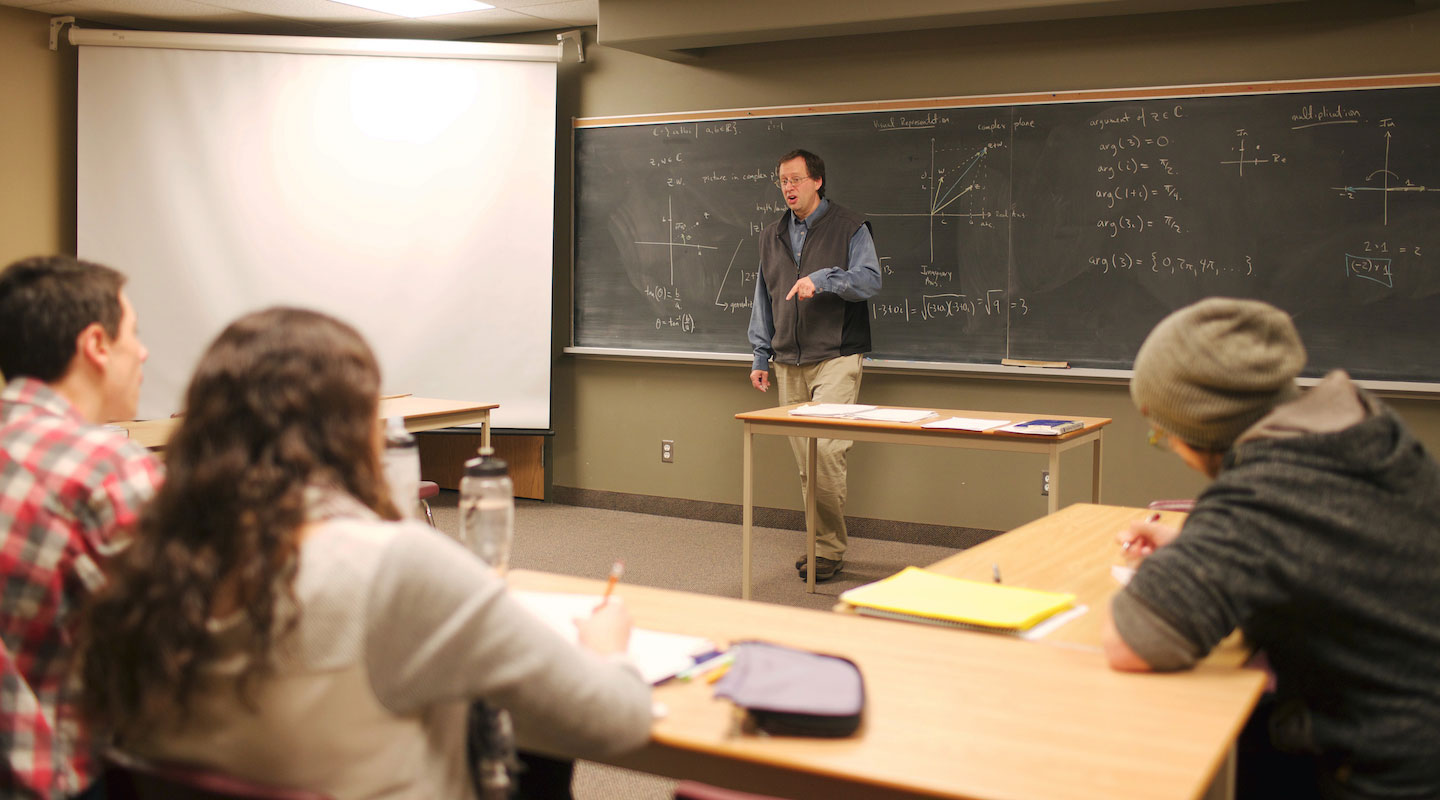 However, this success led some Enlightenment thinkers to become too enamoured with the power of mathematics. Math should not be applied at the expense of other ways of knowing. Wilhelm Leibniz, a philosopher and mathematician within the same era as Newton, saw in mathematics a tool and approach which would dominate any discipline. “There would be no more need of disputation between two philosophers than between two accountants,” he theorized. “For it would suffice to take their pencils in their hands and say to each other: let us calculate!”

To counter this overreach, Christians can reflect on mathematics as a culture-making activity. As noted by Andy Crouch, culture-making includes not only what we create, but also how we shape our understanding of the world around us. Reformational philosophy can also provide some helpful tools for contextualizing mathematics. Mathematics is not neutral, Vander Meulen highlighted. He also defined mathematics as the naming of numerical and spatial aspects of creation.

“Reformational philosophy can provide some helpful tools for contextualizing mathematics.”

And so the study of mathematics complements rather than detracts from faith. This countercultural approach is woven throughout Redeemer’s mathematics program. Redeemer’s math alumni are applying their degree in as diverse contexts as there are applications of matrix algebra.

Over the course of his sabbatical, some of the research projects of Dr. Vander Meulen involved Redeemer Mathematics alumni. With Matthew West ’07, he worked on matrix pattern analysis and, together with colleagues from Wyoming and Minnesota, published a paper in the journal Linear Alegbra and its Applications in 2017. West works in Cambridge, Ont. contributing to the design of control systems for locomotives.

Vander Meulen, Trevor Vanderwoerd ’16 and Randall Elzinga ’01, along with colleagues at the University of Delaware, used matrix algebra to explore the distance between nodes in a network. Elzinga is a software developer in London, Ont. and Vanderwoerd is currently completing a masters degree in civil engineering where he is exploring the efficiency of transportation networks.

These are just a few examples of projects from a two-term sabbatical. From healthcare to civil and software engineering, Dr. Vander Meulen and mathematics program alumni are working to bring their faith and their discipline to bear in the academy and in the workplace.