Travelling to Boston, Massachusetts in the first week of September, Redeemer’s Dr. Christiaan Teeuwsen served as one of seven jurors for the first Boston Bach International Organ Competition. In Boston, young professionals, with terminal degrees in performance, competed against gifted peers, using the highest level of music and musicality the organ repertoire offers: the works of Johann Sebastian Bach.

Teeuwsen judged three rounds of performance, narrowing down a total of 16 competitors, from eight countries, for the final round. Finalists, travelling from as far as Lithuania and South Korea, were selected from a committee review of performance videos to compete in the Boston events. The competition’s location was significant. In the 1700s, Boston became home to one of the first church organs in the US. In the 1800s, the city became known as a distinguished centre for organ performance and pedagogy, introducing students and audiences to Bach’s organ music. Bach, Teeuwsen also notes, was inspired by faith and by Scripture, writing congregational, choral music.

Boston Bach International Organ Competition closed with three winners, offering a first prize of $17,500, a second prize of more than $16,000 and a third prize of close to $5,000. The prizewinners, Adriaan Hoek, Ben Bloor and Nicole Simental, will be booked to perform in a number of international organ venues.

Dr. Teeuwsen was selected for the jury of the prestigious competition for his understanding of and ability to play Bach’s music in a style that is true to the era in which Bach played and composed. “It was a privilege,” Teeuwsen says, “to be surrounded by colleagues of such stature. Such an opportunity is the pinnacle of organ performance and academic life!”

Teeuwsen, chair of Redeemer’s Music Department, teaches organ, harpsichord, keyboard and choral literature and directs the university’s Concert Choir. He is also music director at St. John’s Anglican Church in Ancaster. He has given concerts throughout Canada, the United States, South Korea, China and Europe, particularly on the historic organs of the Netherlands. His performances have also been recorded in a number of CDs, the most recent of which features the Casavant organ at Dordt College.

This summer, Teeuwsen will offer a two-week seminar, the Noordbroek Orgel Akademie, taught with Dutch organist and colleague Peter Westerbrink in the Netherlands and northwest Germany. The seminar will brings together students from around the globe, including two Boston Bach competitors, to play organs from the late 17th and early 18th centuries.

Photos are courtesy of the Boston Bach International Organ Competition. 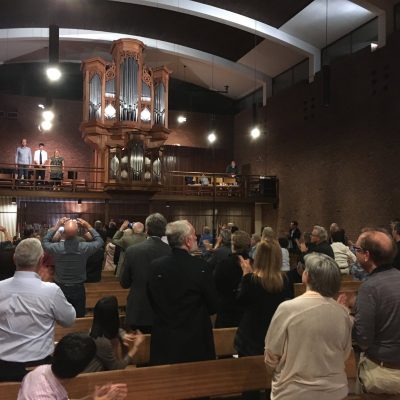 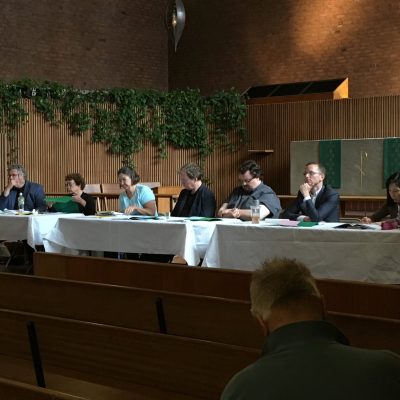 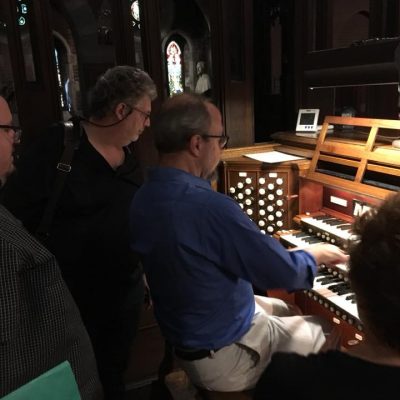 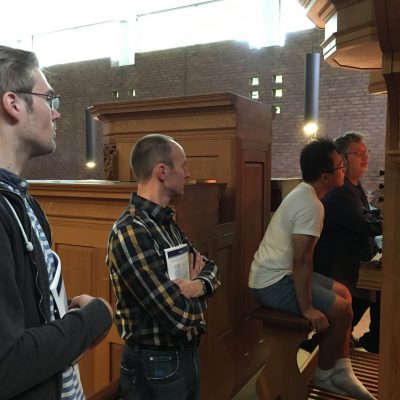 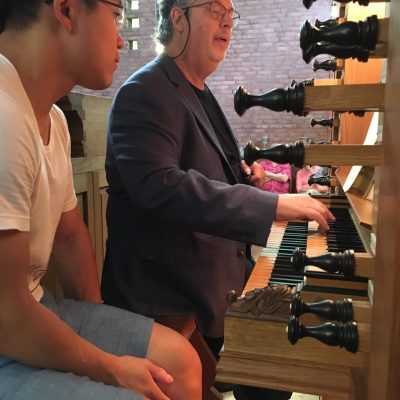 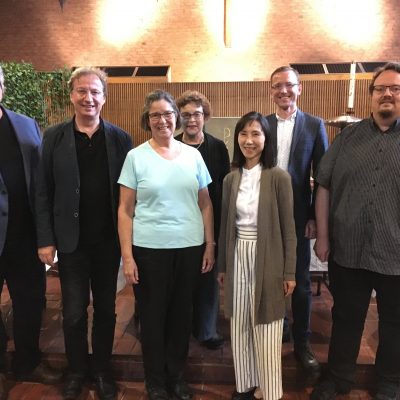