Historian, Dr. Heath W. Carter is finding the stories of elite white clergy and Latino grape pickers, black sharecroppers and women settlement house workers in the hundred years between the American Civil War and the Civil Rights movement. Mainline, evangelical, Catholic and Reformed, these believers are tied together by faith that led them to struggle against the inequalities of their times.

Through this sweeping work, to be published in his forthcoming book On Earth as it is in Heaven: Social Christians and the Fight to End American Inequality, Carter aims to spark discussion about inequality in academia and in contemporary Christian communities.

Carter, professor of history at Valparaiso University and member of the board for the Northwest Indiana African American Alliance, is a prolific writer and speaker on race relations, class conflict and the role of the church in social justice. Known for his excellence in scholarship and teaching, personal winsomeness and moral seriousness, Carter has been named the winner of the 2018 Emerging Public Intellectual award.

“My prayer is that my work will never be merely ‘academic,’ but will contribute to the forging of a more just world.”

The $5,000 award, now in its fourth year, fosters emerging talent in the Christian academy and recognizes excellent academic and public work that is making an impact for the common good. The award, created and run by Redeemer, is also sponsored and adjudicated by leading North American think tanks Cardus, the Acton Institute, the Center for Public Justice and the Henry Institute, as well as the Council for Christian Colleges & Universities (CCCU).

“Heath is a stellar young scholar and teacher, who has already made a significant mark in Chicago’s history — its labour history and its religious history,” says noted church historian Dr. Mark Noll, one of Carter’s nominators for the prize. “Heath is a person of strong Christian convictions for whom history is a moral as well as an intellectual enterprise.”

Carter is an expert in social Christianity — which he sums as the belief tradition affirming that sin infects not only individuals but also systems and structures, that salvation is not only personal but also societal and that therefore participation in the struggle for a more just society is, for Christians, not so much optional as essential. Developing on that concept, he already has to his credit an impressive record of publications and awards, including four books, A Documentary History of Religion in America, Turning Points in the History of American Evangelicalism, The Pew and the Picket Line: Christianity and the American Working Class, and Union Made: Working People and the Rise of Social Christianity in Chicago.

“Heath has been a rising star in American evangelicalism on some forgotten — but thanks to people like him — not lost treasures of Christian social and political thought,” says Dr. Robert Joustra, director of Redeemer’s Centre for Christian Scholarship. “He is, for that reason, not only an example of an outstanding historian but in our time, where the foundations of our political and economic order seem shaken, a timely and generous voice on justice, both political and economic.” 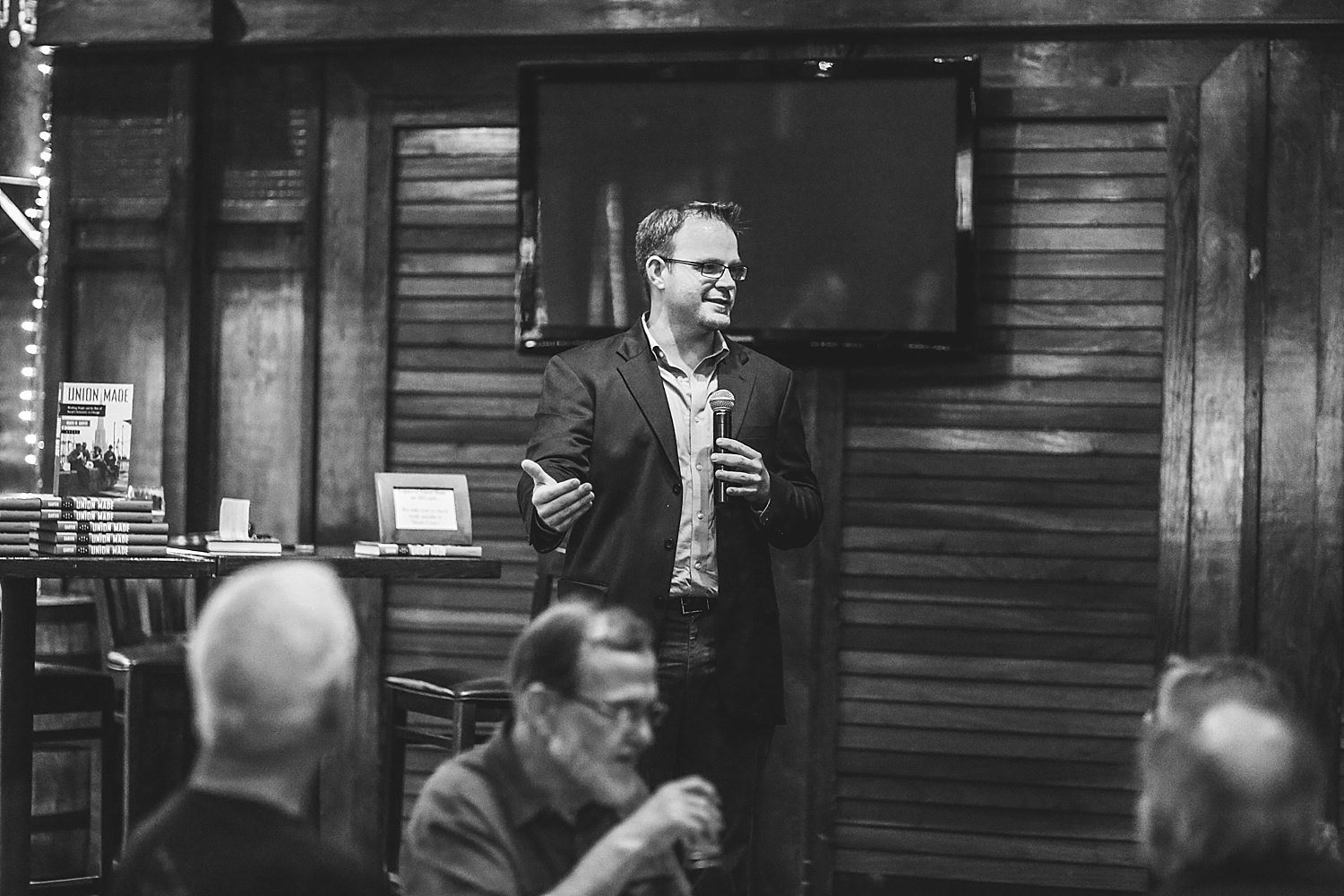 In addition to his academic work, Carter is chair of the City of Valparaiso’s Human Relations Council. Heath and the council are seeking solutions for the burgeoning housing crisis in Valparaiso. “Housing prices have spiked in the last five years, even while 41 per cent of our neighbours qualify as ALICE (asset limited, income constrained, employed),” he explains. “They are working but not making the household survival budget.” This past May, the Human Relations Council endorsed a letter, signed by 30 clergy from across the denominational spectrum, petitioning their elected leaders to explore solutions for affordable housing.

“During several years in which race relations have been unexpectedly fraught across the United States, Dr. Carter has set an example for all of us,” states Dr. Noah Toly, who received the inaugural Emerging Public Intellectual award in 2015. In January, Carter will travel to Redeemer’s campus to receive the 2018 award and offer the prestigious World and Our Calling lecture.

“At the root of my labours lies an abiding interest in the gospel’s implications for society,” Carter reflects. “My prayer is that my work will never be merely ‘academic,’ but will contribute to the forging of a more just world. May it be so.”